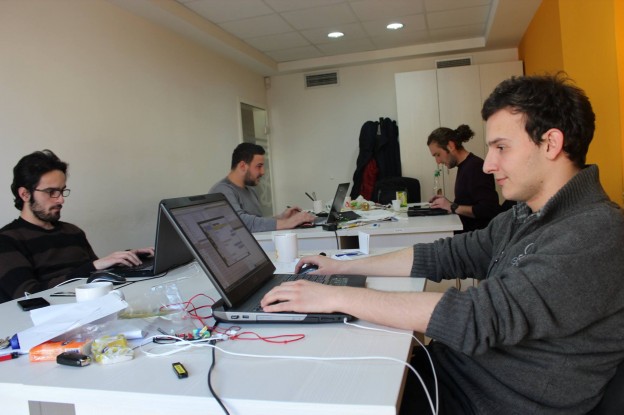 Zag Apps Company from the moment when it was accepted in the Innovation Cantre Kosovo (ICK) incubator, has increased for 100 percent the number of its employees going from 4 to 8.

“Besides the four owners of the company currently there are four new workers, now we are 8 people,” says Zell Bakalli one of four founders of the Zag Apps Company. “We are currently engaged in a project with a Canadian company as a subcontractor of a local company and we are working on the maintenance of an an application”, Zell Bakalli while adding that Zag Apps is continuing its cooperation with Sprigs an Albanian-Dutch company. ZAG Apps is a startup company that offers solutions for mobile phone applications, including the whole process of app development for iOS and Android platforms. ZAG Apps also can create webpages, web application with a main focus on development of apps for mobile smartphones.