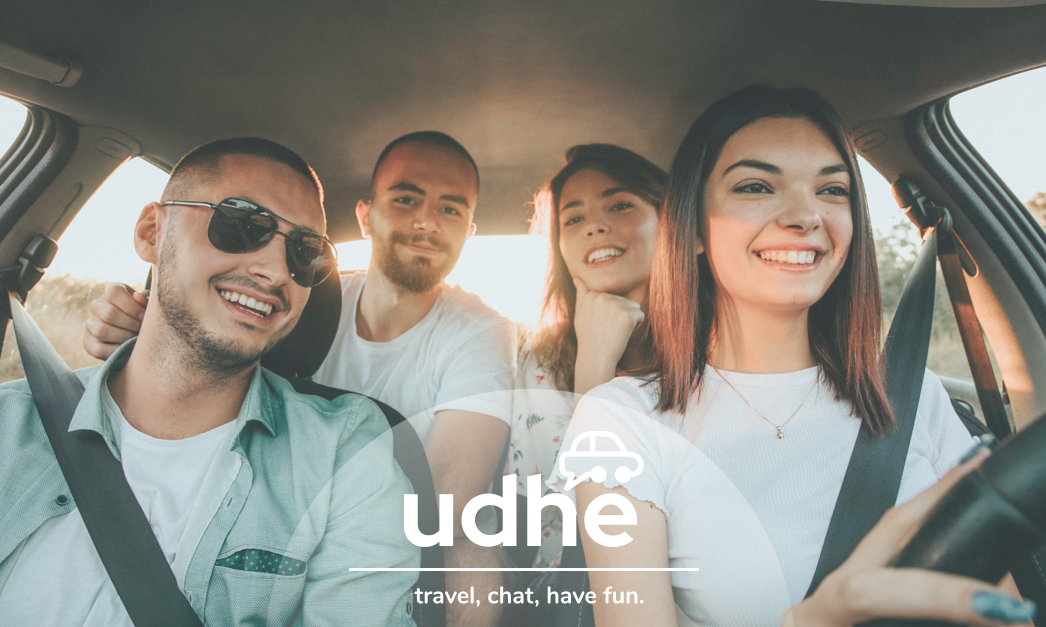 Udhë is a community-based carpooling platform that aims to find an empty seat filled with good company for everyone. The team are part of the Business Incubator, at the Innovation Centre Kosovo, in Prishtina.

Udhë - the Carpooling App of Kosova

Udhë is a carpooling app that connects drivers with commuters in Kosovo. It started as an online community aiming to digitize hitchhiking into a virtual community that provides an alternative solution for city-to-city travel. The online community now counts 20k+ members that regularly take rides together from city to city.  In early 2021 we launched the mobile application for both iOS and Android. Rides are also regularly offered to neighboring countries such as Montenegro, Albania, N. Macedonia, & Serbia. The number of rides provided from the diaspora is also rapidly increasing. 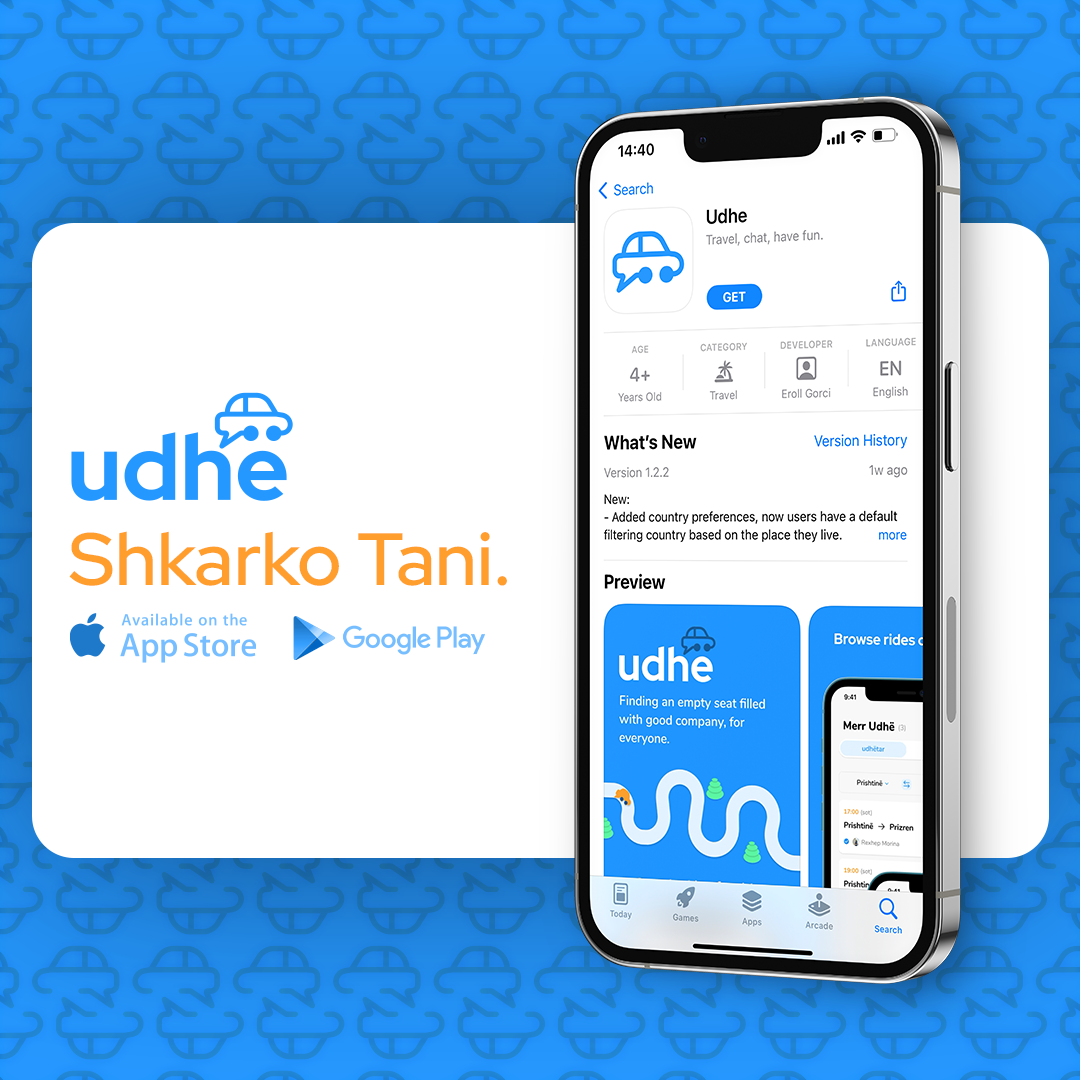 Management
Our team is a great composition of innovative software developers, creative user interface and experience designers, and startup developers. Our software developers have experience in developing software for the financial and banking industry, as well as developing mobile applications with a gamification mindset. Our UI/UX designers have been developing websites for products based on blockchain as well as virtual real estate services. Our startup developers are experienced in working with and around startups in North America and Europe.

Customer Problem
City-to-city travel in Kosovo is dominated by privately owned travel companies that provide bus lines at certain timelines. Usually, there are no bus lines after 7 PM between all cities in Kosovo. Despite the growing number of commuters, those companies don’t improve their services or increase the number of lines offered. Commuters are forced to stand while traveling a minimum of an hour in a crowded bus with no air conditioning. The next alternative for those poor commuters would be a taxi service that costs them at least 10 times the price they pay for a bus ticket.

Product/Services
Udhë is a carpooling and ridesharing mobile application that connects private drivers with commuters for city-to-city travel in Kosovo and its neighboring countries. From our online community we were able to analyze the user behavior, and based on those results we developed a mobile app that corresponds to all users’ needs and demands. We developed an easy process flow so that the users have easy access to all services they are requiring. All users are required to register, and after that they can either share a ride as a driver or see through the rides offered to reserve one. The reservation of a seat is an easy process and commuters can do that in only three clicks. 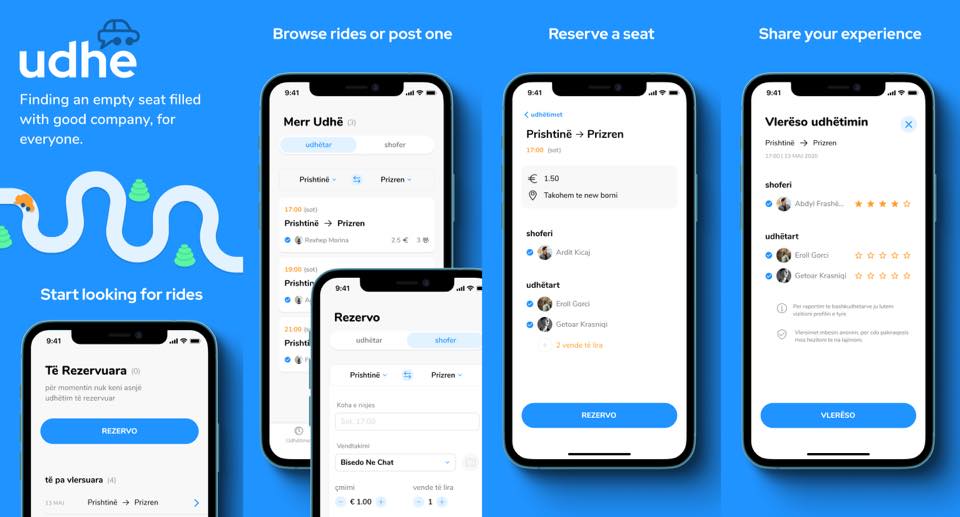