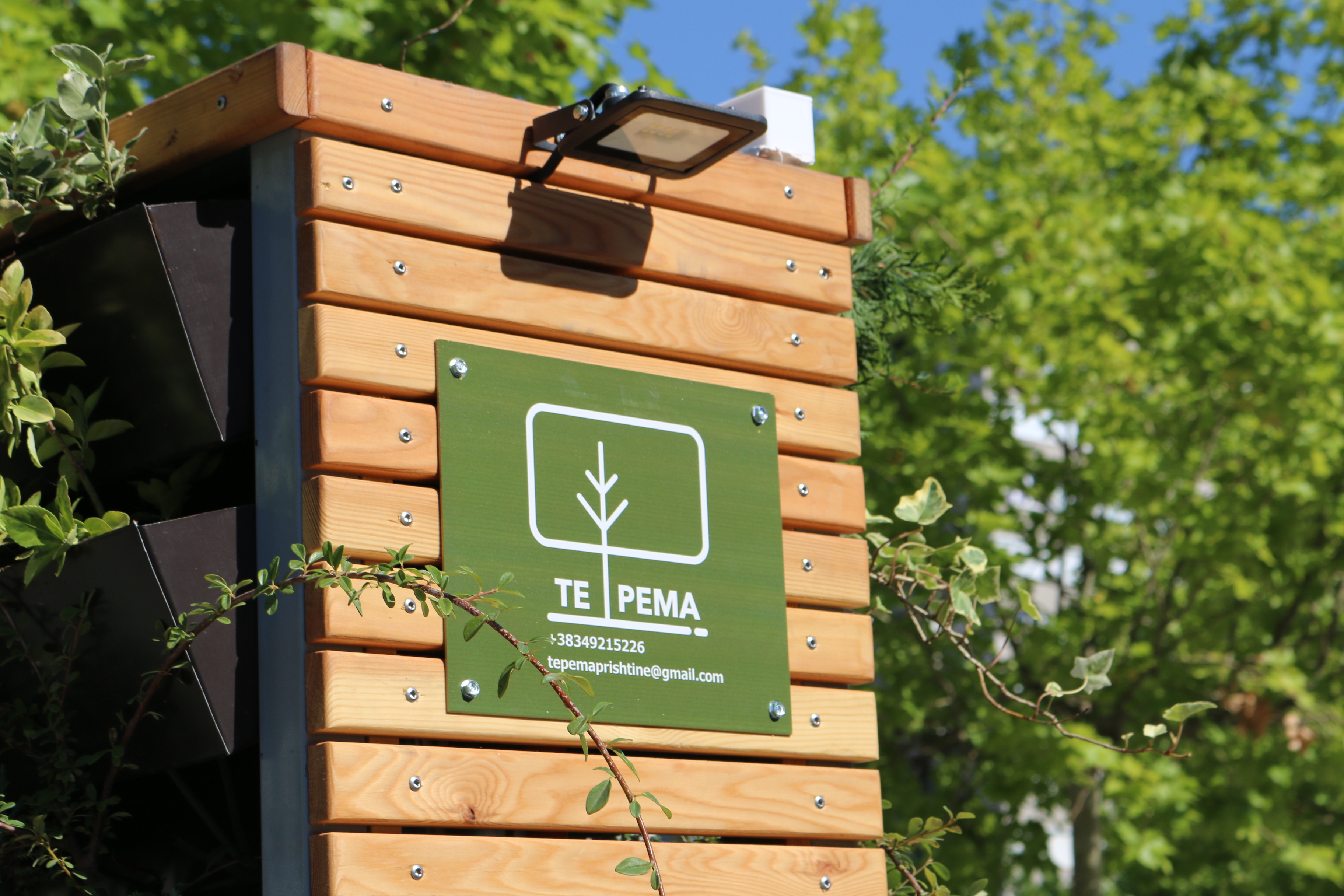 Ever noticed the vertical greens placed around the center square? They may look simple, but the complex structure behind the beautiful plants is far more complicated than we can even imagine! While being impressively made by a group of students with a wish, they stand out not just for the eye, but for the lungs too! 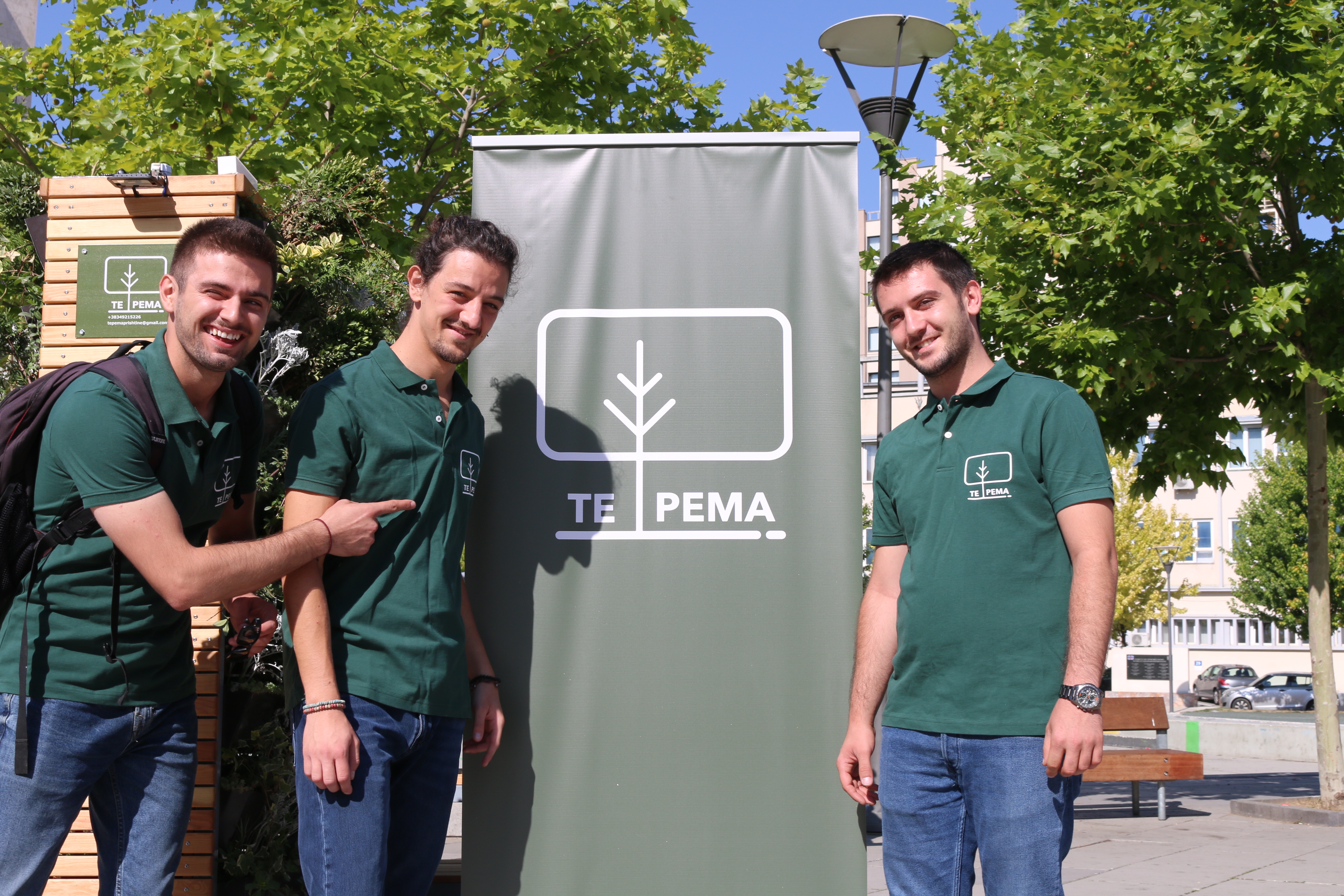 Following an unforgiving winter’s toxic breathing atmosphere, founders Dion Deva, Gent Morina and Blondin Batusha complained to each other until they had the idea to do something about it. After much research, the TE PEMA team concluded that through thermo-central and coal heating as well as an overpopulation of cars and deciduous trees (leaf-shedding in the cold season) have made the air quality drop so low that it had started to cost tax-paying citizens 7 euros for every ton of carbon dioxide emitted with 840 euros wasted per year. The product “TE PEMA”, stays green and unshaken even in wintertime while 1 of its kind eliminates as much as 120 tons of carbon dioxide, sparing the population 7760 euros and paying back the lost costs in 4 years time. 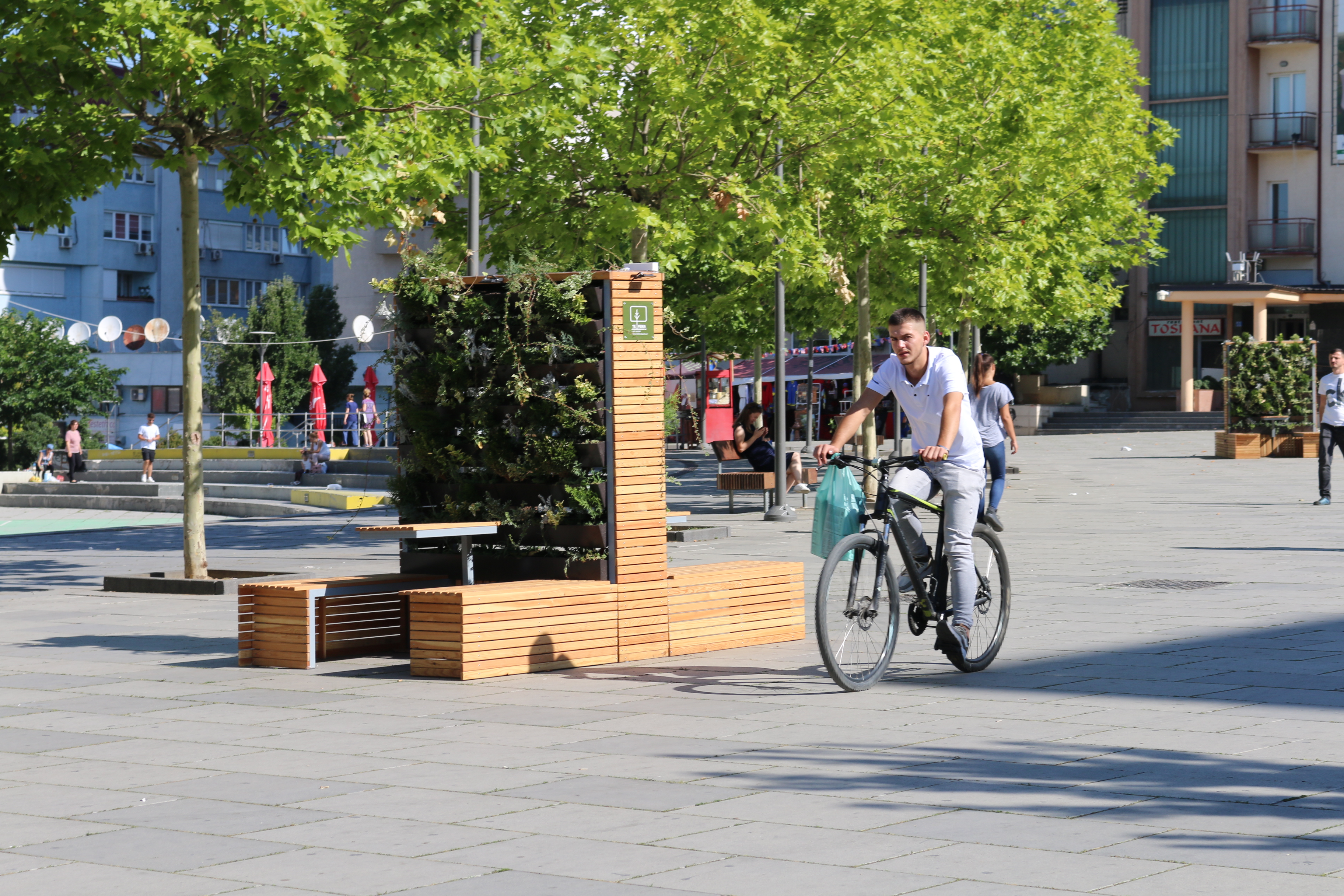 As the youngest team to get a contract of 40,000 euros, the team signed off their continuous growth by launching 10 new Treeborgs around Prishtina, 5 of which were located at Prishtina’s “Nënë Tereza” square in an opening event in the 22nd of August, joined by media and mayor Shpend Ahmeti. 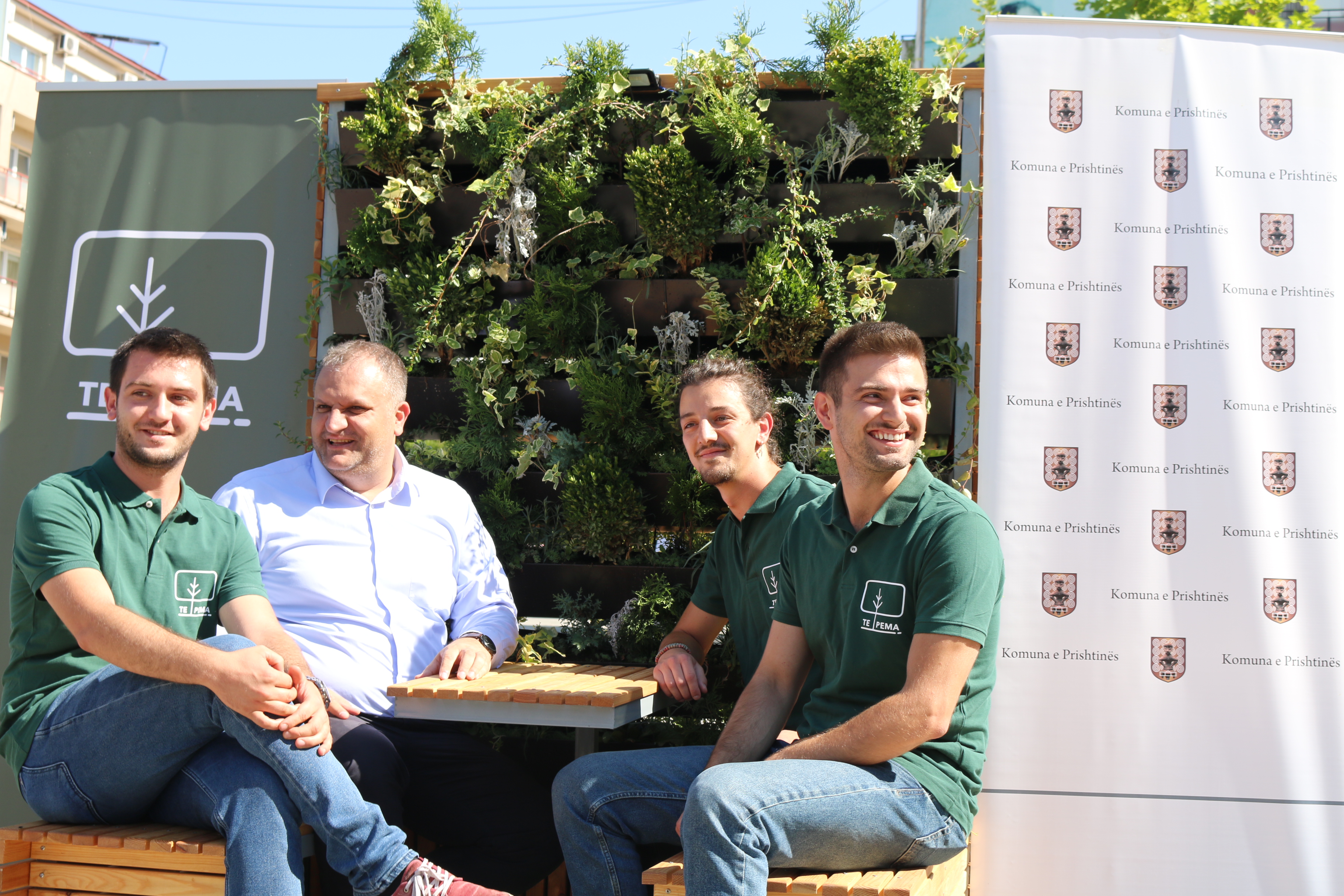 Through ICK, TE PEMA has won a spot in the Incubator, a grant, networking opportunities and entrepreneurial education via events focused on that field, giving the startup a good push to advocate for their noble and statistically successful cause.  Other than the outer world, the TE PEMA guys have also turned the ICK building green and clean with their selections of moss and other plants sporadically.

Everyone wants to preserve the universally crucial element to our survival: good ol’ fashioned oxygen. And what better way to do that than with green intervention by a team passionate about the environment? You hear that? Those are the winds of change a-blowing.