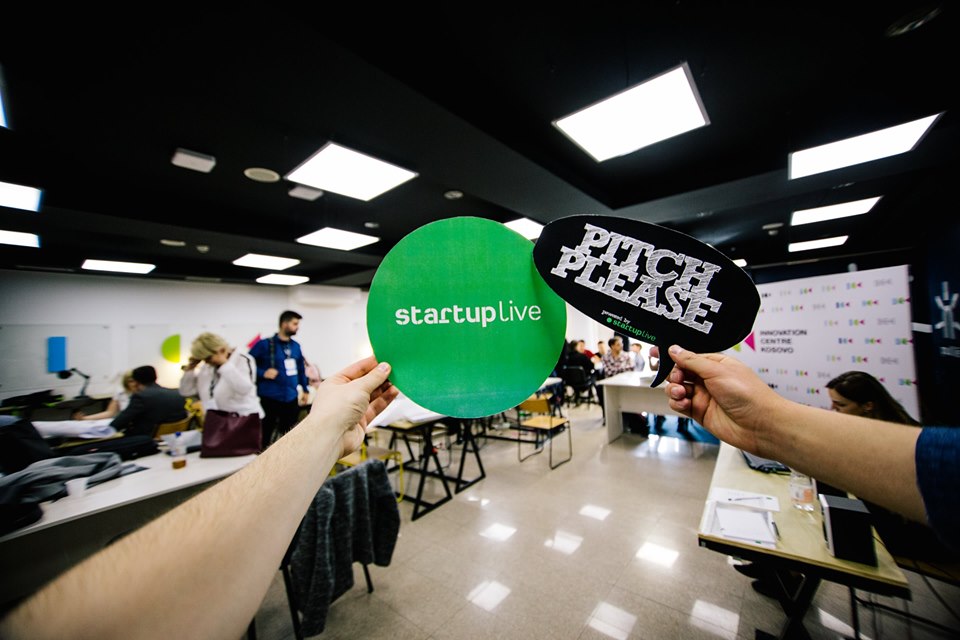 What a wonderful occasion it is to bring new ideas into the world and in a place no more suited for those ideas than the Innovation centre of Kosovo itself. Today marks the first day of the well-endowed activity meant for the vitalization of every startup with the zangy title of Startup Live.

Startup Live | From the drawing board, to the real world

The event is opened with the aid of pitch trainers brought in to assess and accompany startups in their expressive abilities regarding their unique ideas. Executive Director Uranik Begu was welcomed to a speech where he refers to the event itself as “A huge honor to have it happen for the 2nd year in a row with many fresh ideas and an irreplaceable zeal the minds of the innovators in this room offer, with or without the skills they will hone this weekend and showcase with optimum success”.

The startup innovators are presented with the knowledge that the 3 selected winners with the best pitch will be awarded a sum of money to implement their idea, 3-month free incubation and free counselling as young startups (all awards distributed respectively to each three winners).

As a warm-up exercise to get to know the ideas and pitching style, the coach asks that each startup innovator pitch their idea to the best of their abilities in 90 seconds in English with impactful words rather than prepared slides so as to see the level of creativity in their idea each startup will invoke.

The first startup was that of Carol from Orange County, California who has visited Kosovo on vacation and has thought up the idea of opening a wellness shop to promote mental and spiritual well-being via group or individual hypnotherapy sessions, meditation, tapping acupuncture, and other forms of self-caring techniques and hopes to stay in the country long-term to make this happen. 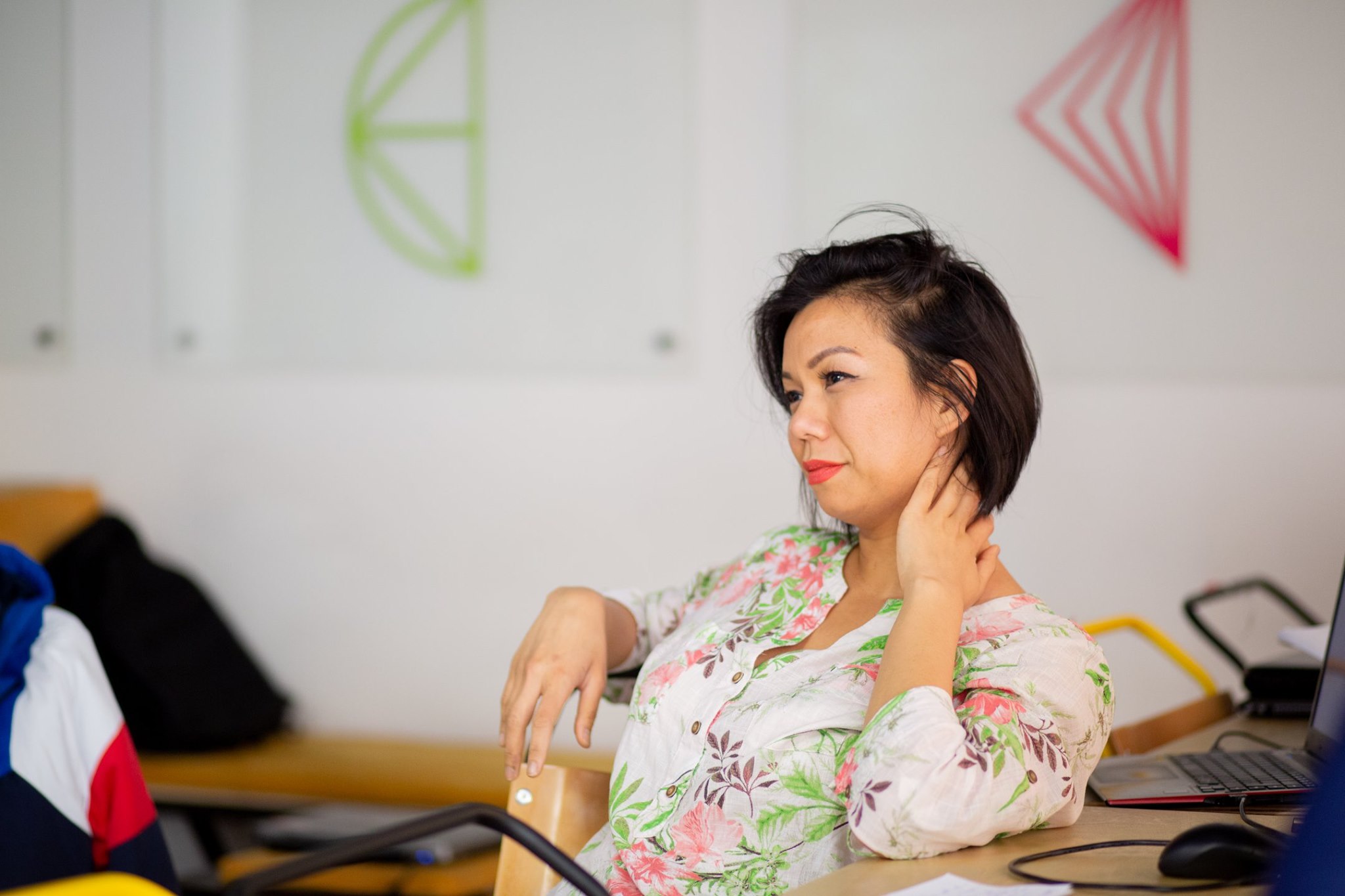 The other startup was that of two brothers Fisnik and Besnik who have developed the idea of opening a purchasing platform as e-commerce is know to be scarce in the Kosovar community and create benefits and services for people requiring fast-shopping options. After having perfected their prototype, they plan to launch their prepared website very soon and ignite the idea into actual reality. 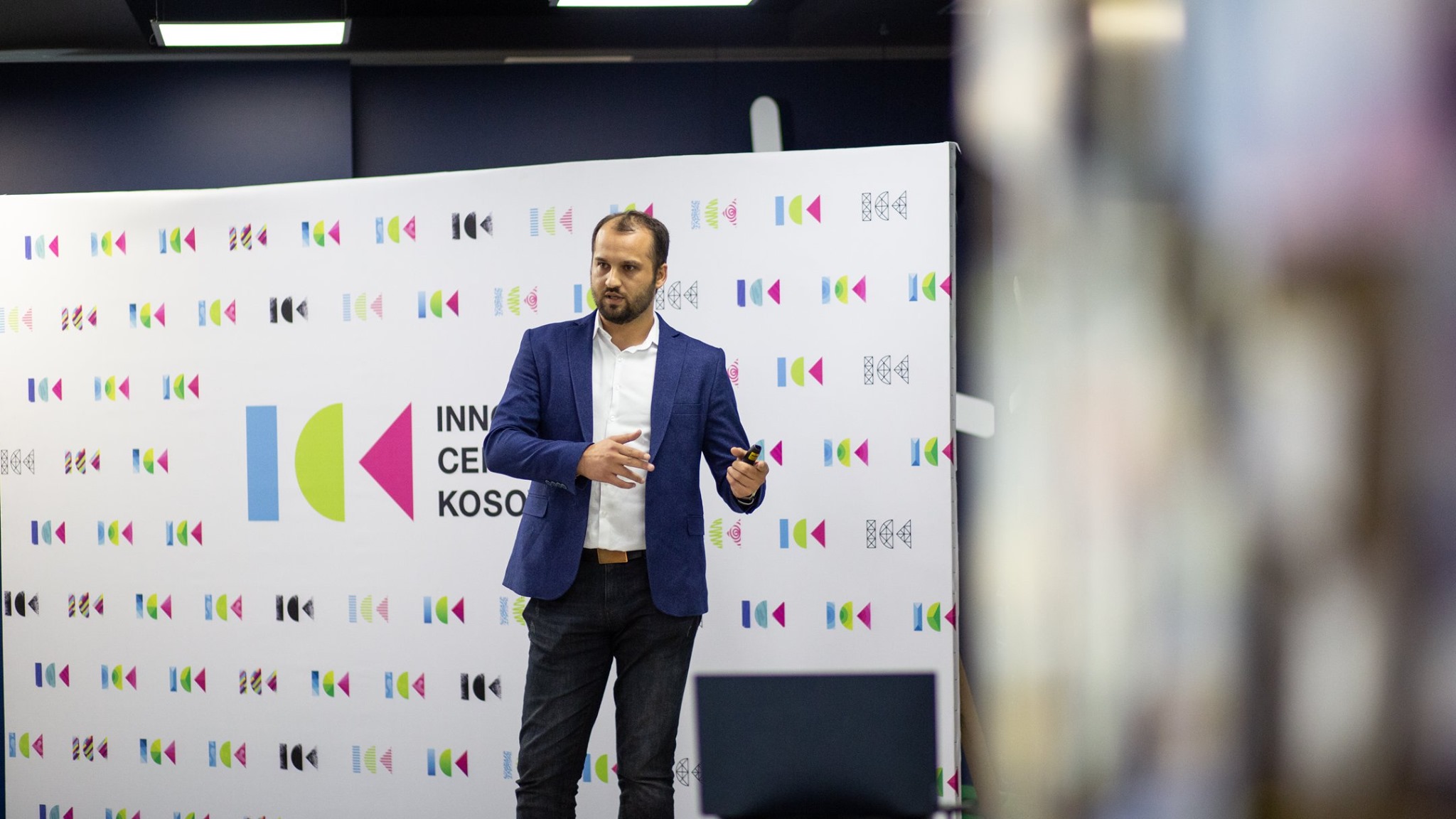 Tina is known as a cast sculptor and plans to open a website to cast sculpt precious memories and moments of family and friends into a physical silhouette of those moments as a memento that will always be cherished. 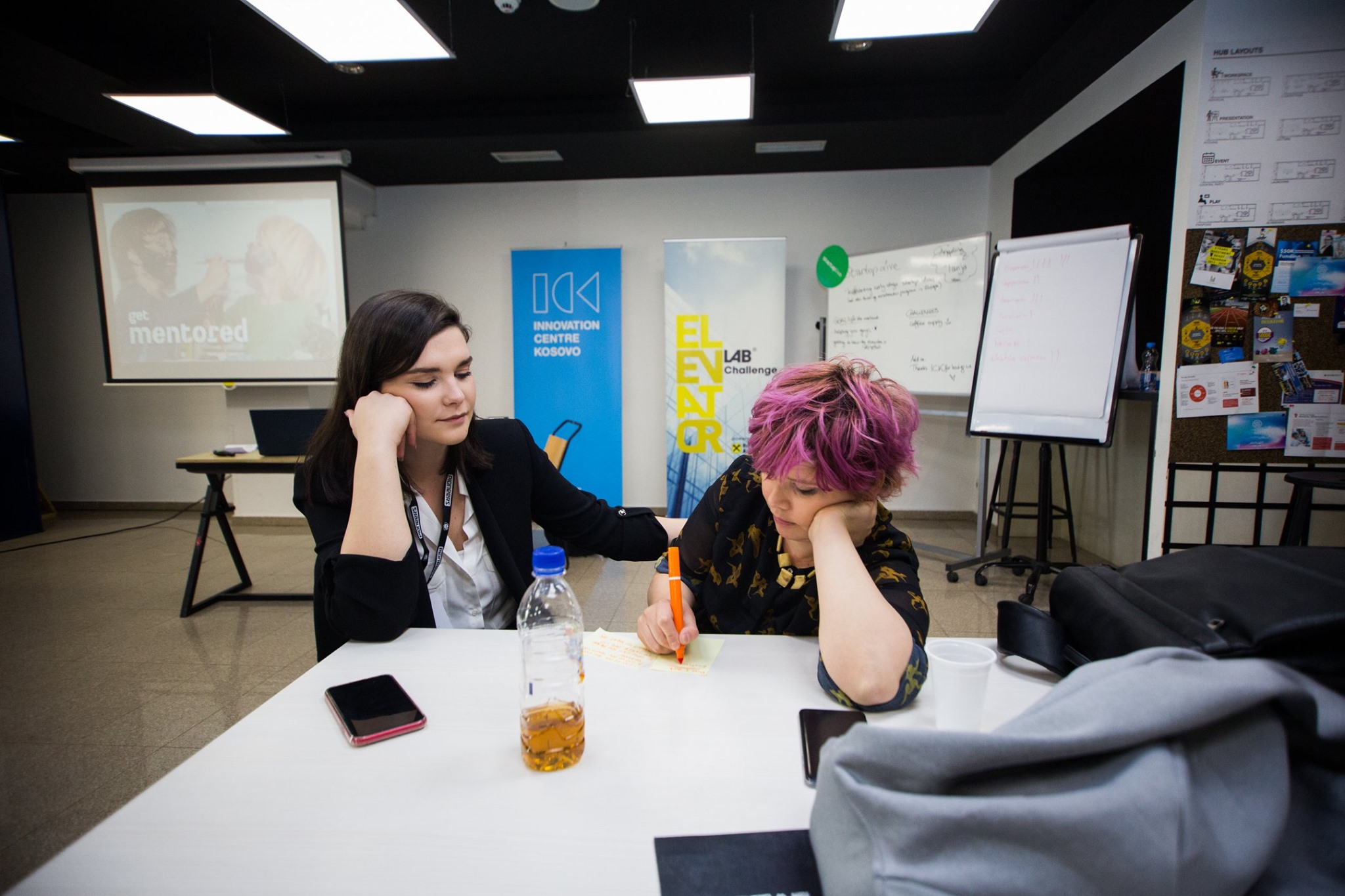 And in all the startup attendees, the youngest group is that of three which plan to decrease road fatality by increasing ways we can technologically keep ourselves aware of our surroundings. Olti explains that they have the idea of making a helmet with sensory tech to alert bikers of passing cars and other infrastructural threat. 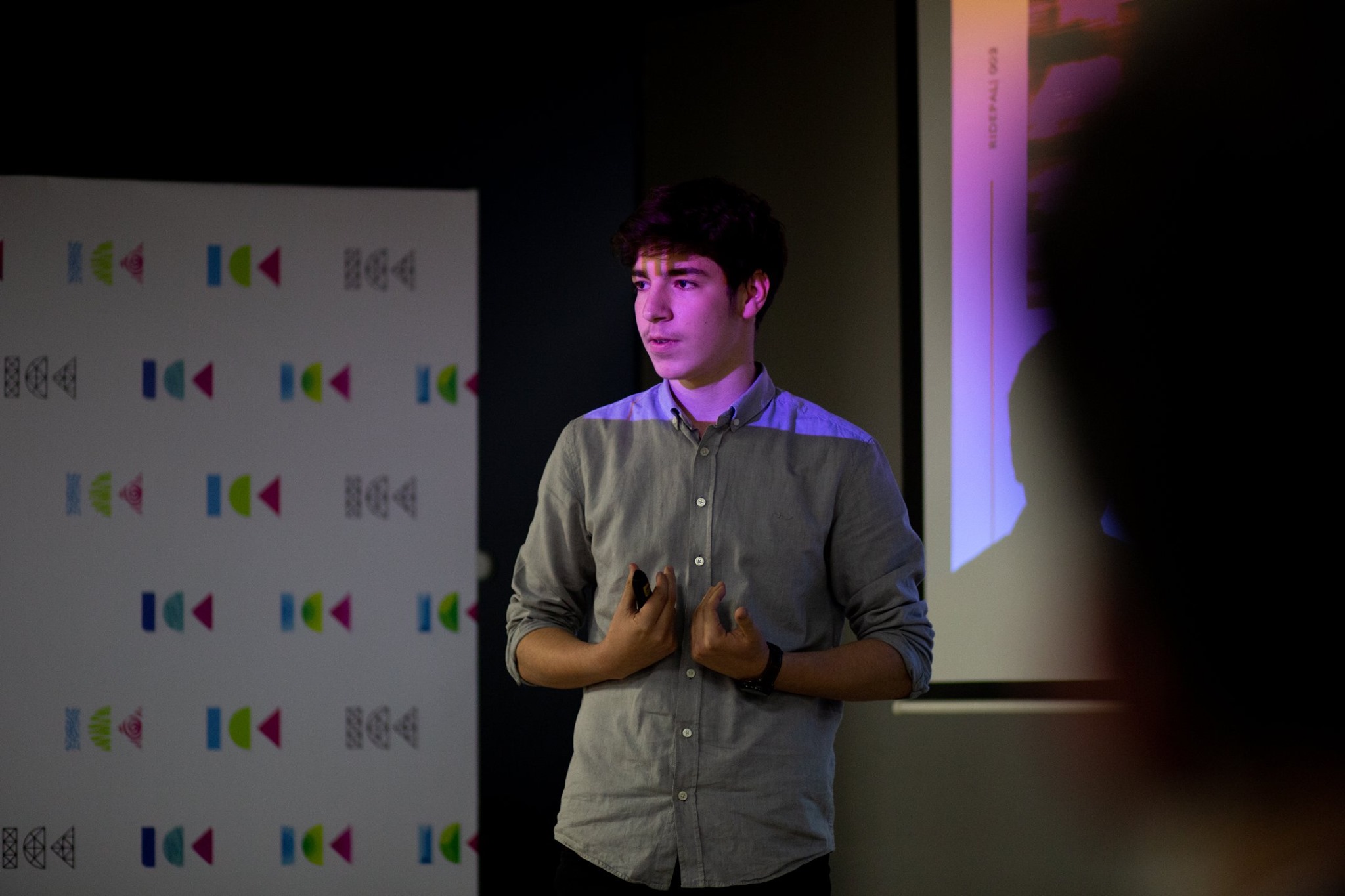 As an added point to the ICT sector, another idea involved Block Chain which essentially entailed developing a smart outlet with the internet and create a piece of simplistic software to simplify life by connecting to Alexa or Google and is also completely safe for the use of children. They nearly completed the first working prototype and plan their launch in due time.

Most people are currently more conscious about waste and the need to minimize it and a startup idea is just the right step to help save. The idea is to replace plastic bags with reusable tote bags. Making markets give out reusable bags with their logos to loyal customers and even getting kindergarten childrens’ drawings as a creative attractive print on the bags. To spread innovation and not the things the earth cannot recycle.

Rovena stated that in this chaotic world, companies want to be remembered and that can only be done when marketed correctly. She presents a marketing platform that gives out free marketing and website design advice for younger startups with the skills earned through the website that Rovena develops and helps those all around show the best of their hard work.

While innovation is all well and good, humane aid is also a priority for one of these startups as a pitcher agrees that while his idea is not original, is meant to help the Diaspora students who come back home with no job positions akin to their credibility and open an English call-center for them to be hired as call-agents and work to the best of their abilities for the best of their benefits.

Between Robotic Warehouse Systems for storage and automatic retrieval, Laura Thaqi’s VISA online certification and payment method idea, and Jeta’s medical products engineering initiative, the startups were energized by each other’s drives and plan to make the week count. To wrap up a good day of pitching exposure, the startups spent a few hours recruiting members and networking on their ideas with each other to create a more impactful idea to each other about each other’s projects. Teams parted and united in a wave of creative whimsy to show the jury and their potential future clients what they’re made of.

Amongst people of all ages hard at work and on a time crunch, the pitches commenced and people brought their A game to the metaphorical podium, gulping down all anxiety and for some, battling public speaking fears to show what their startup is really all about.

The jury, comprised of Eldita Tarani, Ardian Hoxha, Sonja Sternbauer, Fis Malësori, and Christian Radetic, after listening to every startup’s presentations and after much consultation on their final verdict, come back to lay down the victory and prizes that will help these startups get a leg-up in a business standpoint.

The winner of the grand prize of two tickets to a prestigious trip goes to Besnik Haredinaj of tePazari.com from our incubators alongside the greenhorn rookie prodigious team of three teenagers Olti Gjaka, Ardit Xhaferi and Adnit Kamberi known as “RidePal” for the omni-helmet idea awarded with a startup grant sum. With celebratory confetti and much-earned congratulating, the event was wrapped up with warm regards of goodbye and a group picture to commemorate the experience into a single view. The hard-working results of the weekend show that there were two group of prize winners but all of them have earned a priceless experience full of knowledge, socializing and unlocking their own potential into something bigger than any prize could ever gift to the wonderful concept that is the human idea.