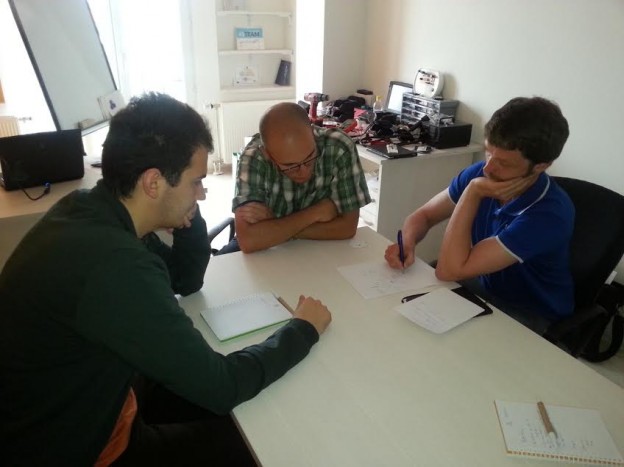 SmartSquared LLC that is part of the incubator of Innovation Centre Kosovo (ICK) has signed a contract with Erlend Bleken from the Bergen National Academy of the Arts (KHiB) to develop a “wheelchair simulator”. The author of this project is Erlend Bleken from Norway.

SmartSquared signs a contract with KHiB

SmartSquared will help Erlend Bleken in his project in developing a wheelchair simulator to help architects to familiarize themselves with the wheelchair users’ situation. SmartSquared will be working in the design and the implementation of the controlling unit of system known as the “brain of the system.“This includes the electronic boards, low-end software, connecting protocols and a few other parts of the system not necessarily electronic, also the applied physical models theory is being developed by us”, says Dijon Vula CEO of SmartSquared.

“One of the ideas behind room simulator is to let experts and designers from various disciplines to have reviews to find weaknesses and strengths in design before commencing any construction. By bringing the virtual building into something that is perceptible which we experience as realistic, we want to create a tool to evaluate, improve and ultimately erect a building that from scratch is functional, user friendly and universally designed”, says Bleken.
The idea behind this project is for the development of a wheelchair simulator, which is part of the project “Design and the elderly - how to contribute to improved quality of life for older people with dementia?” “Wheelchair simulator” will also be used in conjunction with the development of a virtual rehabilitation tool for wheelchair users of the Sunnaas Hospital.