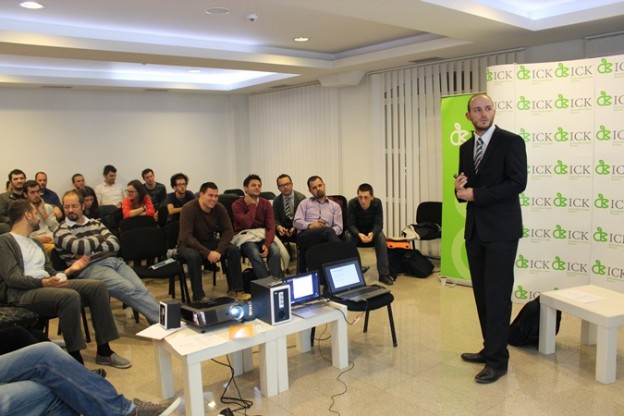 Five teams including including four companies from the business incubator of Innovation Centre Kosovo pitched their ideas in front of experienced entrepreneurs and investors from Eleven , the two most active early stage investors in Europe.

Pitching for funds Eleven and LaunchHUB

ZAG Apps, Solaborate, Puntoria and Xiiik teams from the ICK incubator presented their business ideas in front of Dilyan Dimitrov and Ivaylo Simov founders of the fund Eleven.

The pitching event “Start Trek 2013” is one of five pitches that was organized by Eleven and LauncHUB in the Western Balkans region. Pitching events by these two funds have been organized on October 14th in Belgrade-Serbia, on 15th October in Zagreb-Croatia, on 16th October in Banja Luka-Republika Srpska, on 17th October in Podgorica-Montenegro, and on 18th of October in Pristina-Kosovo.