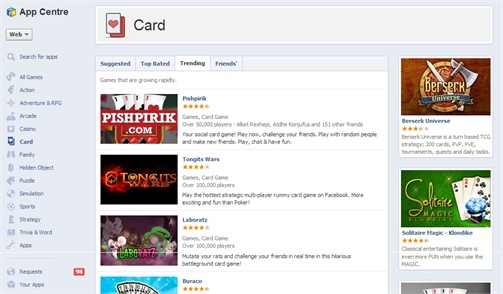 The card game “Pishpirik” created to be played online was classified by Facebook - the largest social network in the world as the leading trend in the list of card games that can be played by over 1 billion users of Facebook.

The card game “Pishpirik” created by the Puntoria team, which is part of the Incubator of the Innovation Centre Kosovo (ICK), has reached this success only within three months in the largest social network in the world.

“This success has motivated us to work to advance furthermore Pishpirik game and also think about the digitization of other traditional games that are played with cards in our country and in the region,” said Floriment Klinaku executive director of Puntoria.

“Pishpiriku the product of the Puntoria team that is part of the ICK incubator has got a top ranking in the section of card games in the social network of Facebook, “said Uranik Begu Executive Director of the Innovation Centre Kosovo (ICK).  Begu added that “given the impact that Facebook now has with over 1 billion users and the global competitiveness in this platform this is a great success not only for the Puntoria team, but also own Innovation Centre Kosovo”.

Athene Prosjektledelse, Norway and Kosovo Association of Information and Communication Technology (STIKK), Kosovo are the founders of ICK, and Crimson Capital LLC, Kosovo is the main cooperating partner. ICK is funded by The Norwegian Ministry of Foreign Affairs.