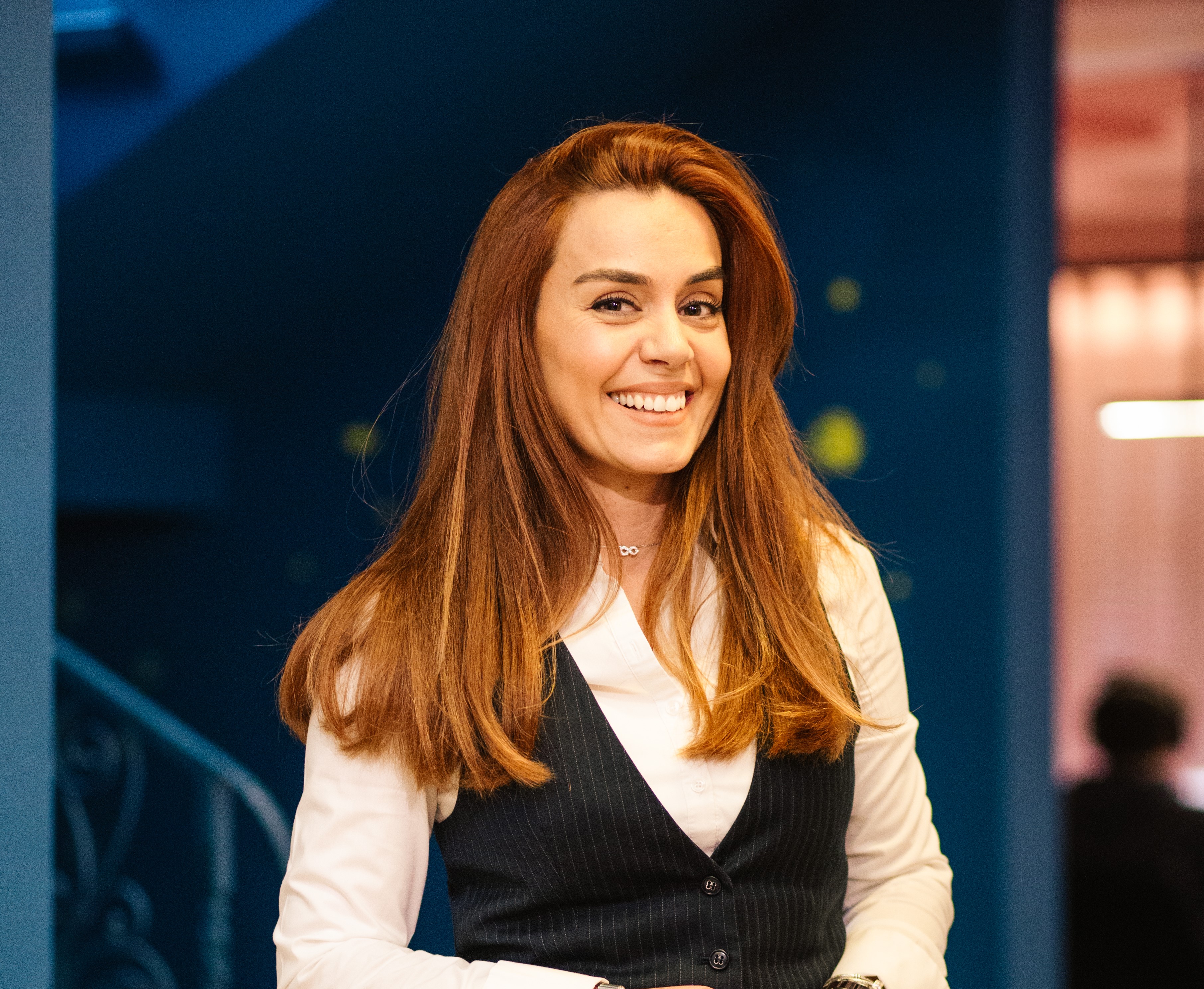 From the woman who almost gave up her studies to the woman who is challenging the world of technology and science in Kosovo. Meet Metihe Kastrati.

Pristina, March 2022 – We are all familiar with women’s “third shift” of work. It starts when the day begins and ends, in the homes of every woman who – in addition to caring for the family – also has her professional work. In other words, women’s work never ends. Metihe Kastrati, like so many women, understands this concept very well.

“First of all, it’s hard to be a woman…,” she begins her assertion as she tells us how she got from the woman who once thought she would be forced to give up her education, to the woman who is now breaking down the barriers of girls’ and women’s involvement in one of the most sought-after professions – that of the field of data science. 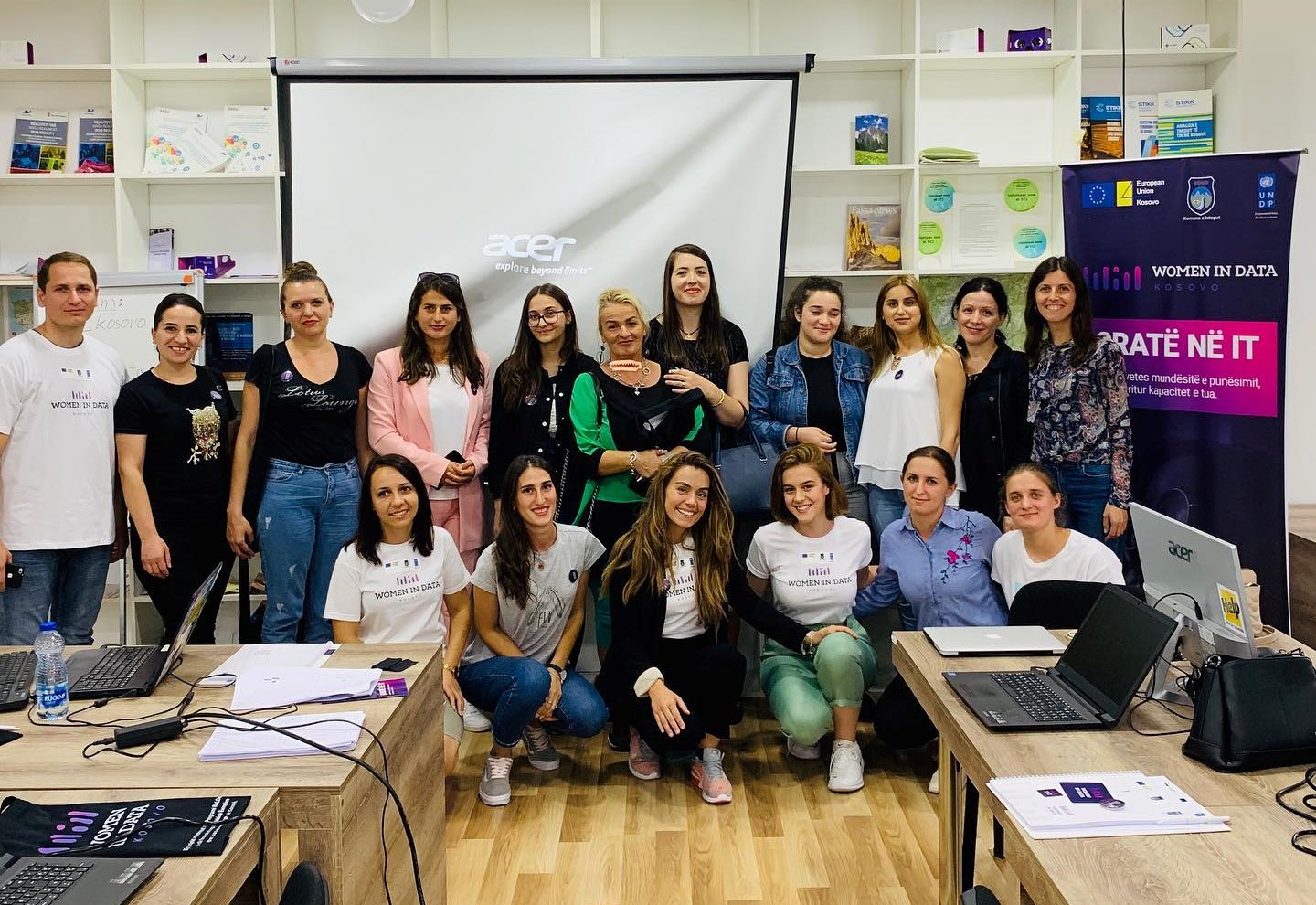 At the time Metihe Kastrati from Mitrovica, who is known by her nickname “Dadi”, which we at ICK prefer to use when referring to her, started her studie in Pristina. Metihe had become a mother before starting her studies, at a young age, and in addition to her studies she was also caring for her first child. Between her studies and family care, daily trips from and to Mitrovica and Pristina, Metihe Kastrati remembers the moments when she intended to give up.

“In the first year I was elected as the third best student with the highest grades. Just the year after, I stared having trouble finding a babysitter for my son. Those were the hardships which every woman and every mother faces today. I thought, perhaps I should have left the faculty until my son grew up, perhaps I had made a mistake to have started… it was just too much,” she continues as she recounts that as a woman with sound financial situation she was often questioned why she should continue her education. 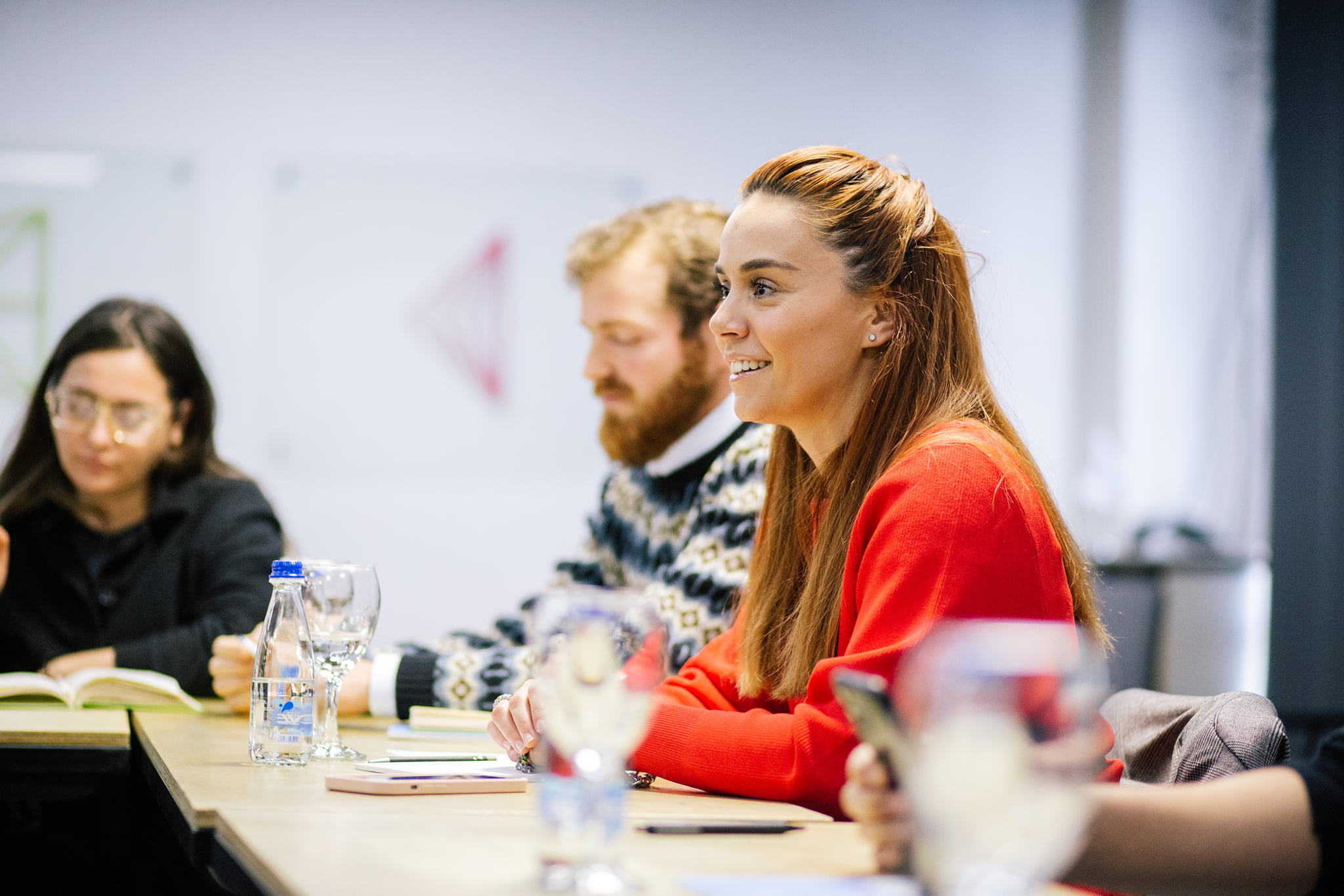 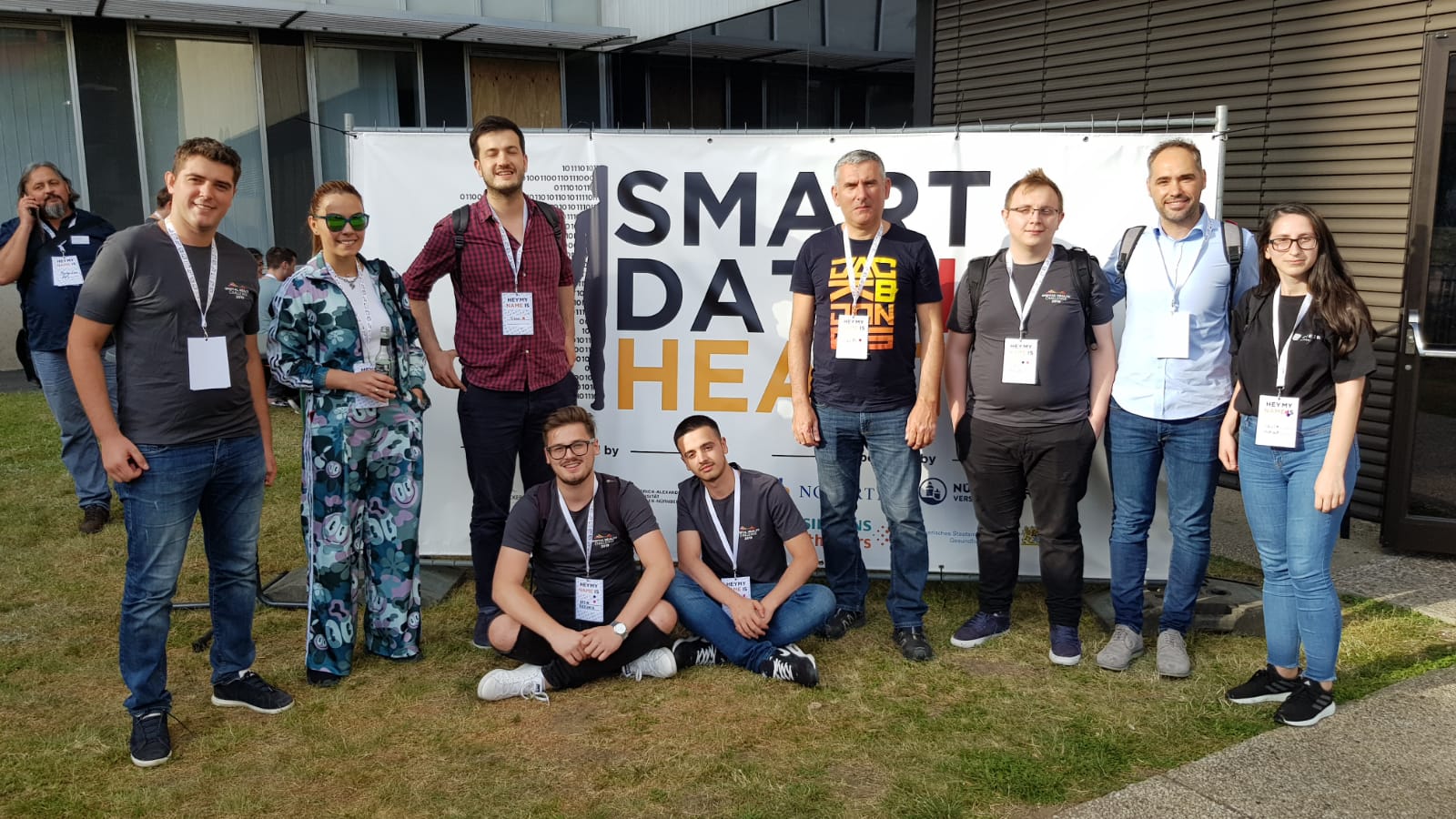 “I would be told things like: ‘Why, you don’t need to work?’,” recounts Metihe Kastrati, who was nevertheless determined to continue her professional journey, and to do so for herself. For this purpose she was also supported by the woman who really wanted her to overcome the challenges of the previous generations. “My mother, she decided to take care of my son and said ‘as long as I am alive, you won’t give up the university’,” recounts Metihe with her eyes full of tears. And so she continued her journey and very soon she also won a Transformational Leadership Program Scholarship and Partnership for master’s studies in the US, where she continued her professional development in Business Data Analytics at Iowa State University Ivy College of Business. She then returned to Kosovo in 2018 and become co-founder of the organization that is breaking down barriers for girls and women in Data Science – “Womain Data Kosovo.”

“The curiosity to understand and do something serves you in many aspects. The answers to ‘why something happens’, ‘how to do a better job’, ‘why one makes a certain decision’, etc. Curiosity is what has inspired me the most on my professional path,” she recalls.

However, the field she had chosen to work in, that of Data Analyst, is known as a profession dominated by men. Metihe Kastrati says she has learned very often to be probably among the only women during official meetings.

“I’ve always worked in industries that have been dominated by men. So, I’ve been working in the automotive industry, and you can only imagine, all boys and men there. Later I worked in telecommunications, which is an industry also dominated by men, and now I am in Data Science, and it is no different,” she adds. “I often find myself in a room as the only women and yes, I was bothered and maybe even found myself asking: ‘is it worth the challenge,’ but in the end you see the results of what you can do,” she said. 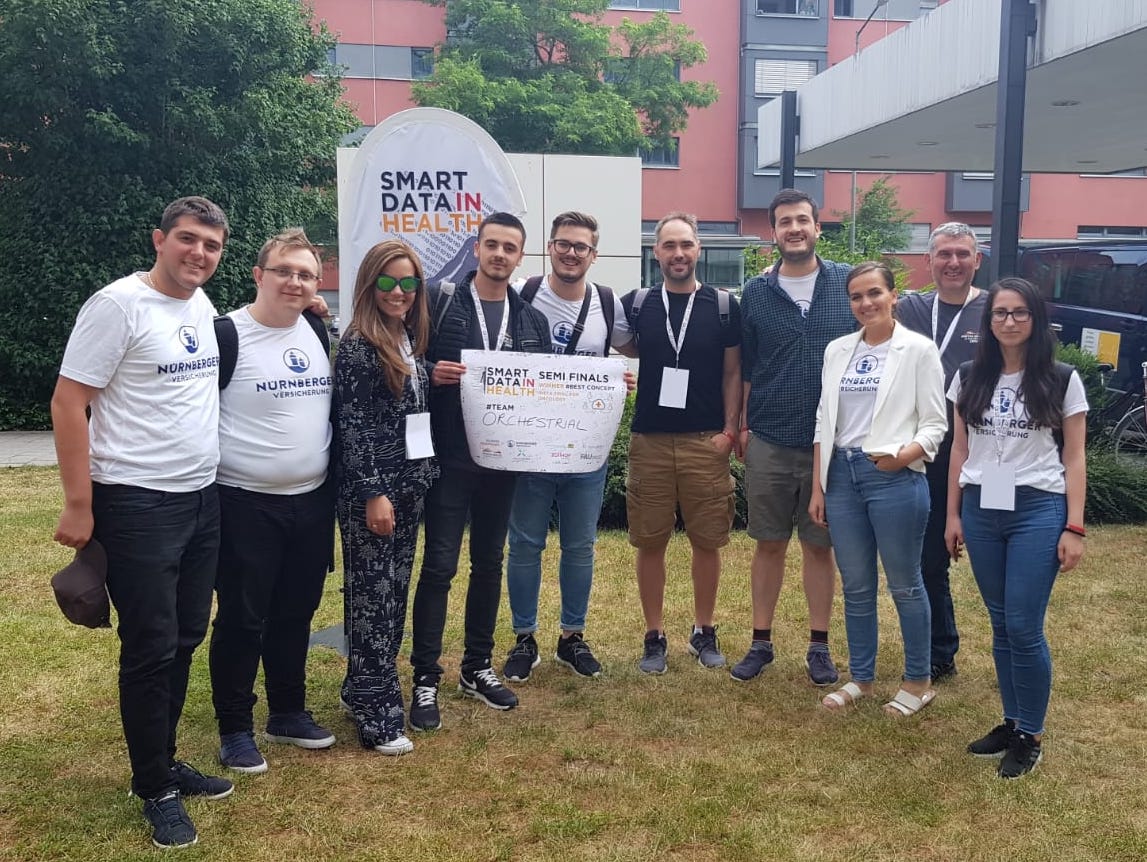 “Womain Data in Kosovo”, an organization which Metihe is part of, was founded in 2019, with the purpose of educating, training and involving girls and women in Kosovo in the field of Data Science, thus creating the opportunities that Metihe says she met with proper education, even for girls and other women.” I believe that women’s contribution to Data Science is comprehensive from the very start – the outset of the problem, choice, coding of algorithms, or use of different algorithms. Data Science takes place in a database, and women should participate in both that database and its processing,” says Metihe Kastrati. Together with her two female colleagues, one of them also educated abroad, Metihe had noticed the difference between the involvement of women and men in Data Science in Kosovo, and had decided to start education in order to gradually overcome this difference. “We thought that the sooner we started education, we could reduce that difference,” she says, stating that when they started work they realized that very few girls and women in Kosovo even understood the “Data Science” concept. 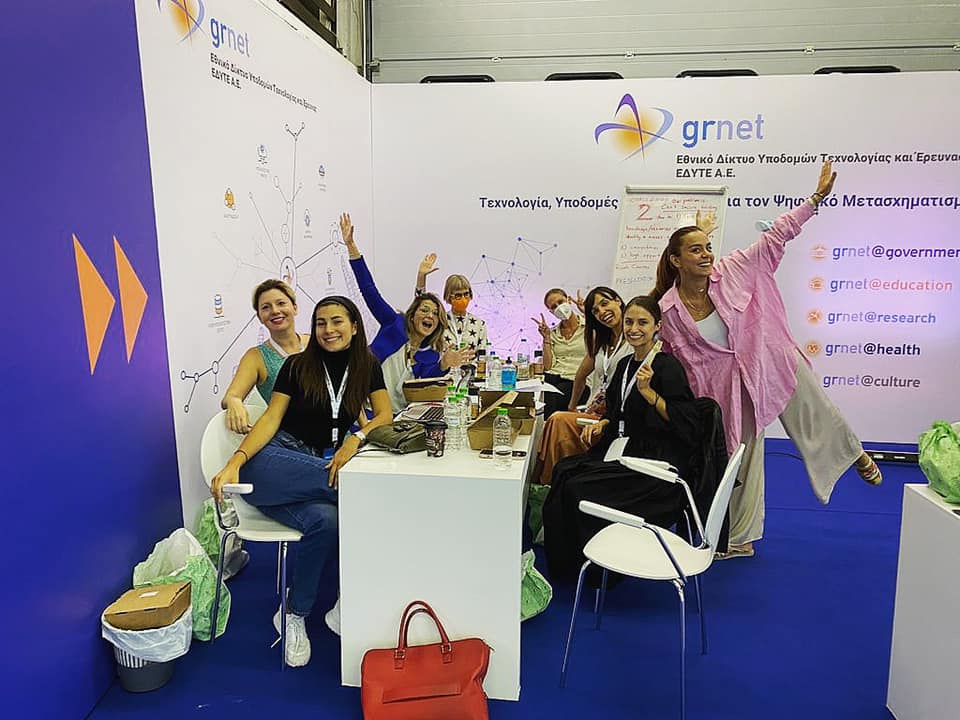 “It is a profession with lots of opportunities, and a profession where women can contribute. The greatest contribution of women is the fact that they do not only see the data, but also the way it affects people in the community. So how do they translate these data into solutions, and this approach has also been my priority as a woman in this industry. Because one thing need to be clear – regardless of technology or the most innovative ideas, they make no sense if they do not provide a solution to a given problem in society,” Metihe points out. She recalls that her sensitivity has often been subject to bias for her. “There have been prejudices. If you can’t manage it, say, if you’re not very good with coding and you’re not performing scripts at the right level like them [men], you can’t perform well in this industry,” she says. “All of them forgot a very important element – that the whole point of Data Science is to solve the problem, and this was the part that I contributed with among very good developers, among very good programmers,” recounts Metihe, stressing that technology should be used to solve problems and make life easier.

Metihe recounts that since they started working with “Woman in Data Kosovo”, they see a growing interest especially among young girls to approach this field.

However, she also talks about challenges. “There is interest, but there is also doubts, I’d say. They need more self-confidence,” she adds.

“I think women and girls should patiently follow through with their education, and patiently browse the industry because there are many possibilities no matter the rocky path,” she says. She adds that in order to make this journey easier, in addition to training and education sessions, the organization she represents also provides project support grants, as well as mentoring and implementation support to the women and girls who choose this profession.

She emphasizes that Data Science is very often seen as a new profession. However, Metihe says that this scientific form has always existed, only that it was applied with other means and tools while today the technology is helping it to be carried out more easily and at lower cost. “People have been carrying out scientific analysis in different forms to validate their scientific, medical and other hypotheses. All these were based on data, but not so great and comprehensive as they are now. What I mean is that they had practiced this, and that is why one should not get scared of this new method of scientific work, and it is worth the trouble.” 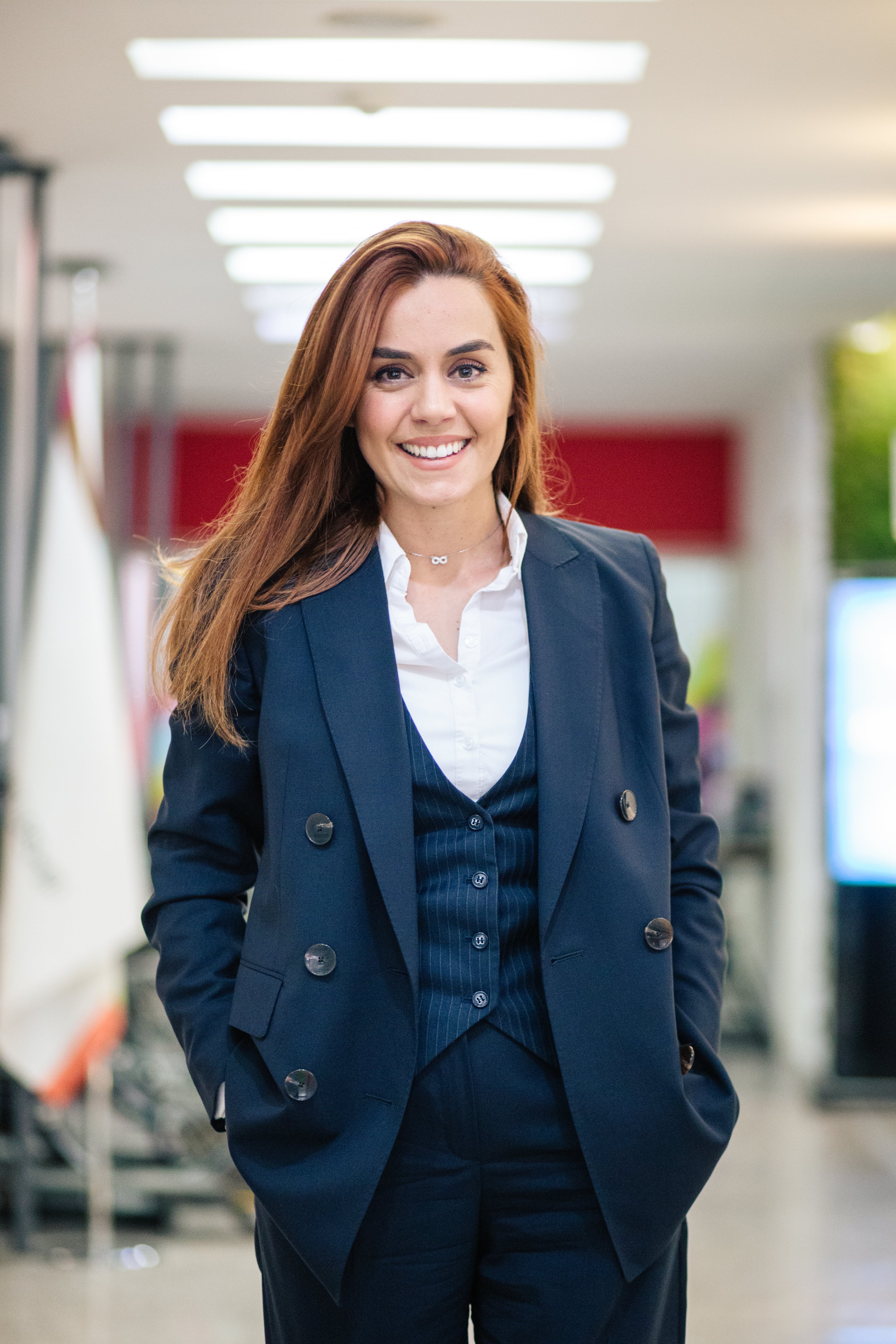 Building the new Energy Data Solution
A project with which “Woman in Data Kosovo”, in cooperation with ICK and with the support of Millennium Foundation Kosovo through Millennium Challenge Corporation, has committed itself is the development of an application that aims to encourage the use of data and analytics in energy sector.

The project is part of the Big Data Challenge aimed at opening up data in the energy sector. “Our role as Woman in Data, that is the project is aimed at developing an application which performs two functions: the first serves as an educational form for the exploitation of data in the energy sector, it helps change the consumption behaviors of energy by relying on data and it also helps citizens and other stakeholders, students, etc. to get informed and learn the ways to gather statistical data, how to make use of these data for a better decision-making,” says Metihe. The second part, as she explains, has to do with statistics or the analytical part of the data collected from the Energy Regulator. “The energy industry, in a way, has the standardized indicators of the sector, and those indicators are energy production, energy consumption, import, export, energy price and energy loss,” Metihe points out. The energy indicators (statistics) will serve policymakers, CSO, Media, potential investors to identify essential information to address numerous energy-related issues including energy security and the social and economic impact of energy price and concerns about climate change, Metihe tells us. She discloses that this product is expected to be finalised by July this year.

In the end, she stresses that all the challenges she recalls – from the very moment she had thought about giving up her studies because of the challenges of being a mother, to the confrontational moments in the male-dominated industry – are of no importance compared to the contribution you can make at the end of the committed work.

“What can you do to not give up? Hmmm… it’s not that I thought about this, I haven’t thought about it because I’ve been focused on work. But when I think about it now, I’ve wanted to prove that we can. That we are not just those biologically fragile beings how they like to call us, that we have a place wherever we want and that we can achieve whatever we want,” concludes Metihe Kastrati. Our Dadi. 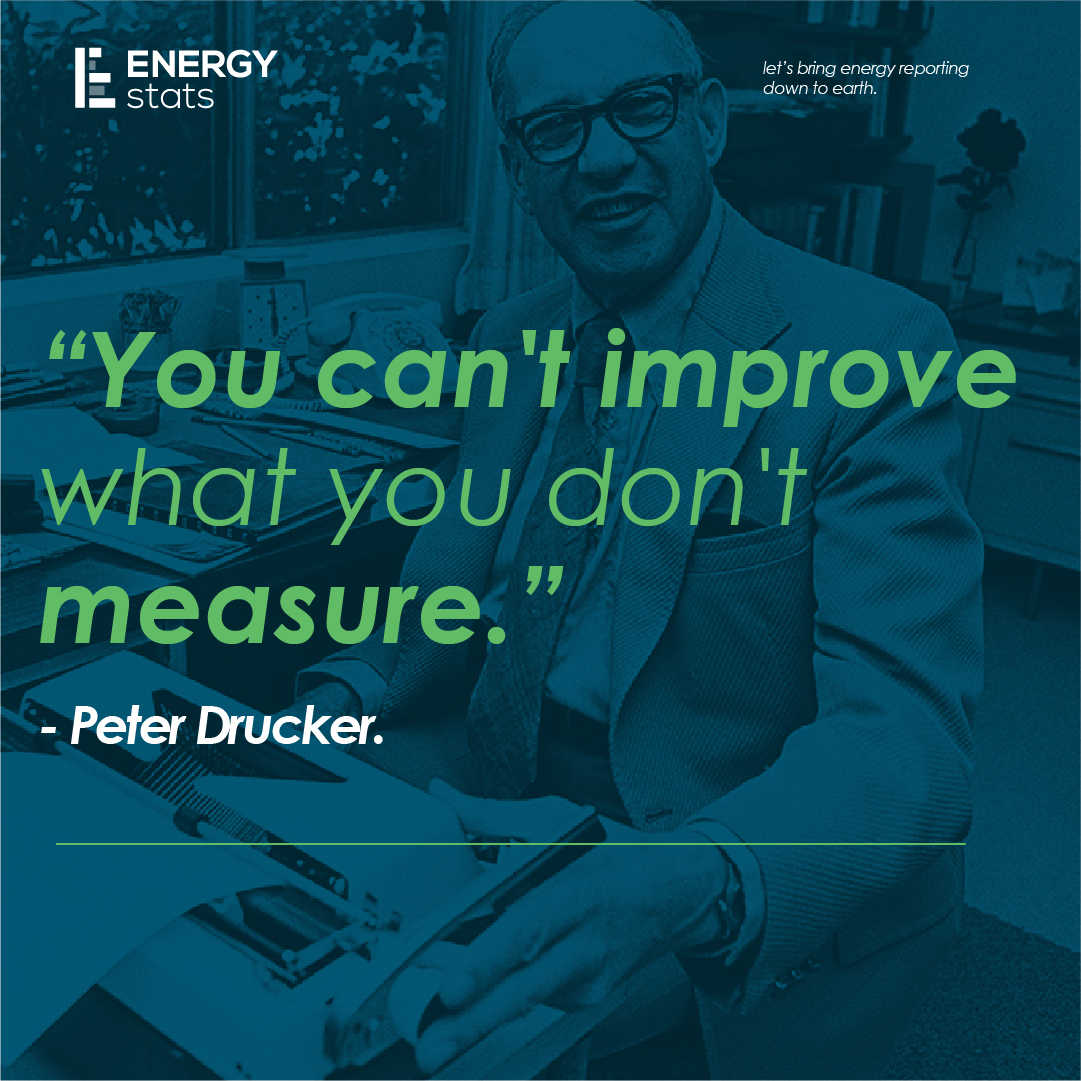