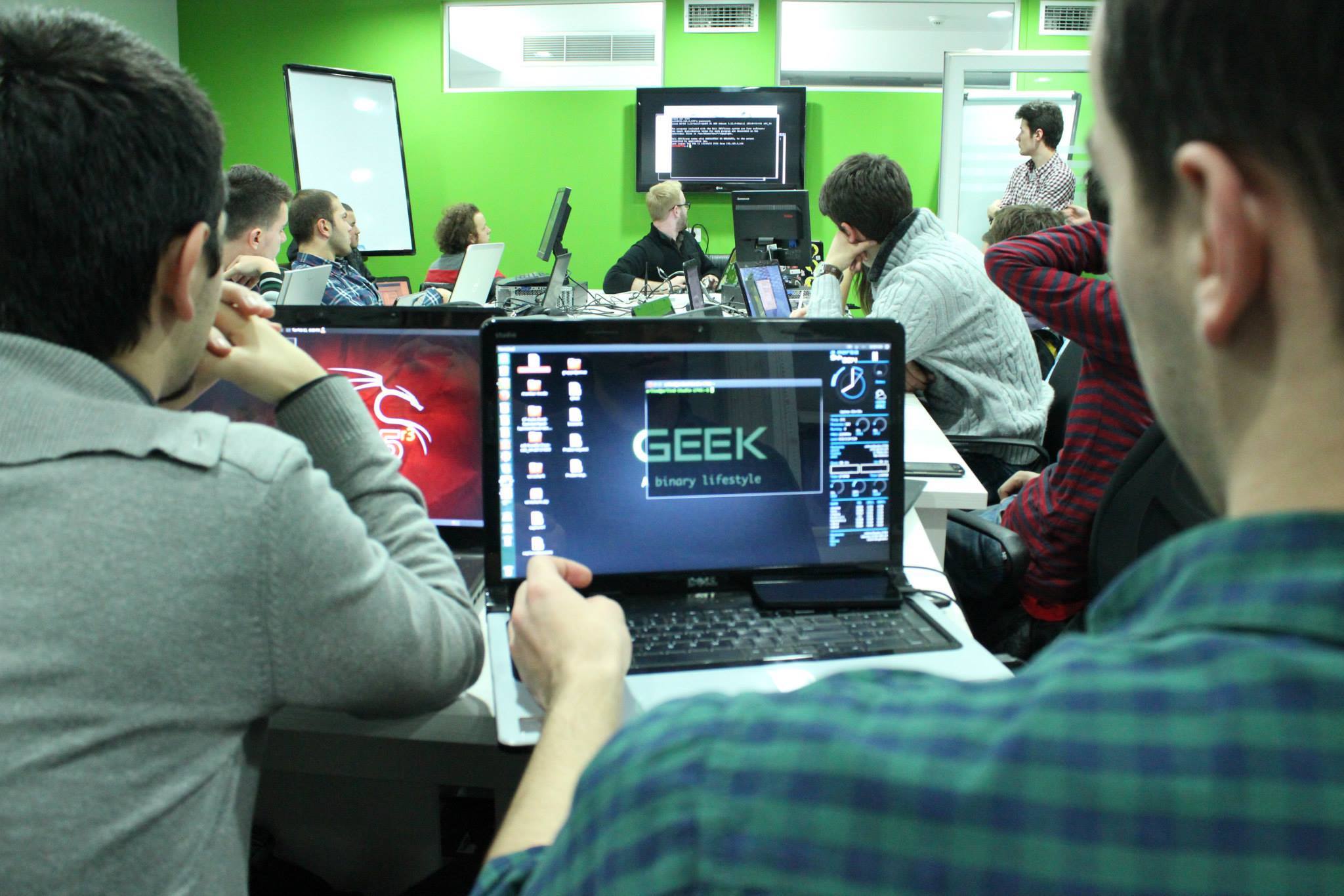 You might not think about it, but every day, companies spend millions of euros to prevent cyber criminals of breaking into their system. Governments, banks, and other organizations hire people that help them securing their computers and network. The Cyber Academy of ICK trains students to become someone that secures digital infrastructures.

Learning to secure companies against hacking at the Cyber Academy

“A couple of years ago, we brought developers, programmers, and cyber security enthusiast together and we shared just a bit about how cyber-attacks happen every day. It was very cool to talk with them, and we saw that there was a demand for a class”, says Drinor Selmanaj. As a teacher, he was involved in two courses of six months to go deeper into the subject. After that, ICK started the Cyber Academy, where ten students have a year long, three times a week, training about hacking, digital vulnerabilities, and the ethics of cyber security.

Drinor gets very exciting when talking about the academy. “Last time, we had a real life penetration test. This means that we hunt for vulnerabilities in really big well known websites, and report them to the company. It was very cool, because we saw some potential treats, in the most secure systems of the world.” Three of the ten students are females, which is a lot if you compare this with the average percentage of 1 percent females working in cyber security.

One of Drinors former students is Robert Shala. After the training, he found a job at a Croatian firm. “I was studying IT, but I was not pleased with the knowledge I gained. Therefore, I wanted to supplement my degree. Joining this training at Ick was the vitamin that I really needed.” At his job, he tests security measures of applications and networks, to see if they are secure enough. From time to time, he shares his new achieved knowledge and experience in the Cyber Academy.

Instructor Drinor Selmanaj sees a bright future for the cyber security sector. “Companies are concerned about their security. Currently, they are losing every year over 40 billion dollar because of cyber-attacks.” He thinks that the demand for skilled workers will grow every year. Former student Robert agrees, but also has a warning for new students. “Working in cyber security can be a very boring occupation. Sometimes it can be very frustrating, because you have to dig a lot for hours, not sure if you find something. Therefore, you really really really have to like it. If so, you are gonna love it.”