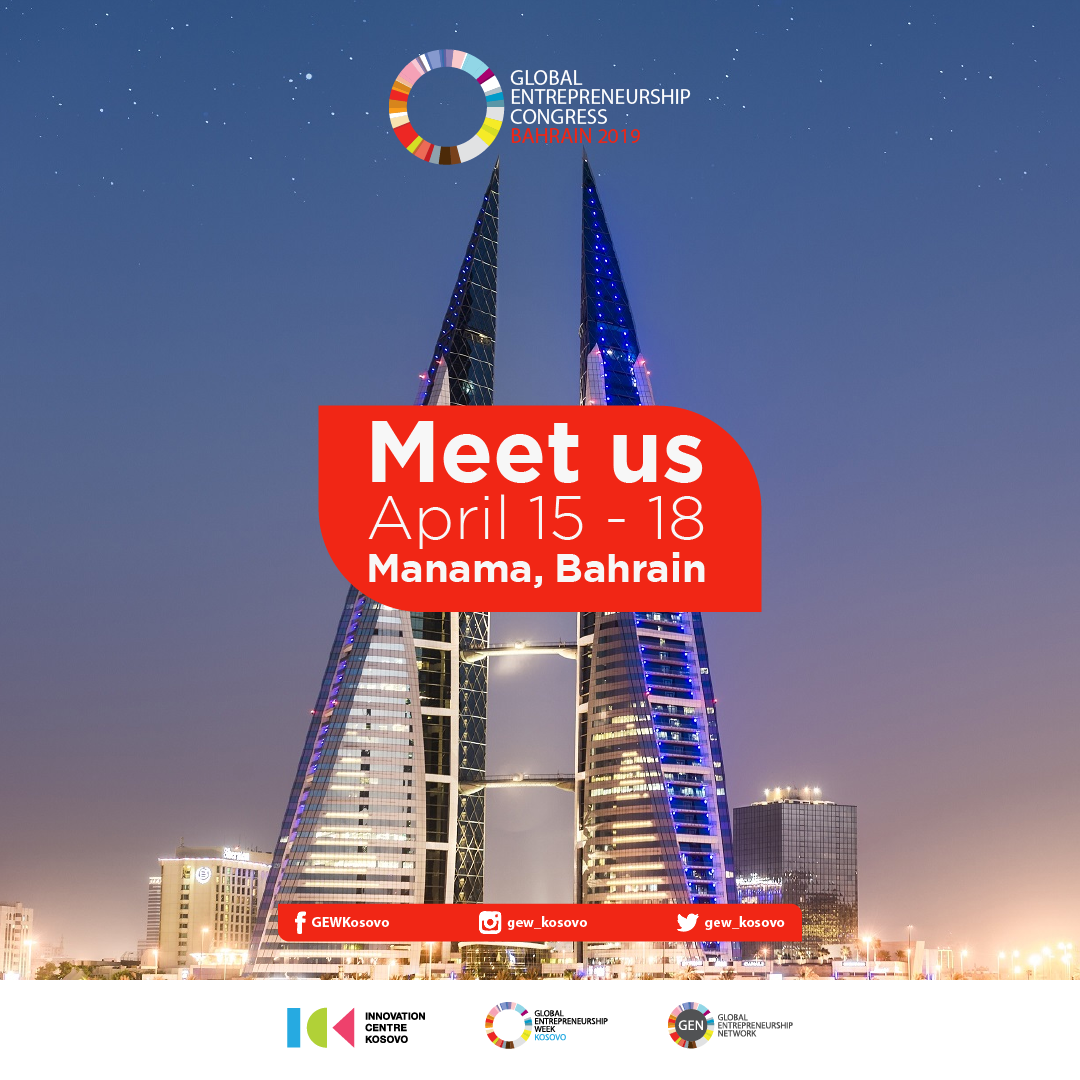 Kosovo part of the Global Entrepreneurship Congress in Bahrain

Over the past years, Global Entrepreneurship Network, powered by Kauffman Foundation, has collaborated with entrepreneurs, investors, researchers, policymakers and entrepreneurial support organizations around the world – fueling healthier ecosystems that create jobs, educate individuals, accelerate innovation and drive economic growth. A good number of delegates to the Congress are stellar sources of invaluable insight and ideas on innovative approaches that can be passed down in kind to help the entrepreneurs evolve professionally and hone their leadership experience. Forming new bonds and grasping opportunities of exposure helps push the efforts of the next generation of entrepreneurs and ease their paths into the market.

GEC 2019 is co-hosted by Global Entrepreneurship Network and the Ewing Marion Kauffman Foundation along with local host, Tamkeen, one of the cornerstones of Bahrain’s national reform initiatives and Bahrain’s Economic Vision 2030. The Congress will feature numerous sessions and networking opportunities while elaborating on the topics of Global Entrepreneurial revolution, high-performance ecosystems, and inclusive economies respectively.

The Global Entrepreneurship Congress unifies a diverse and far-reaching collection of voices, this year adding into its list of nominees the dark horse of the entrepreneurial world that is Kosovo into its ranks, signifying the altitude of achievement of the country so far and hinting a promising year of encouraged excellence not only in ICK, but Kosovo itself.