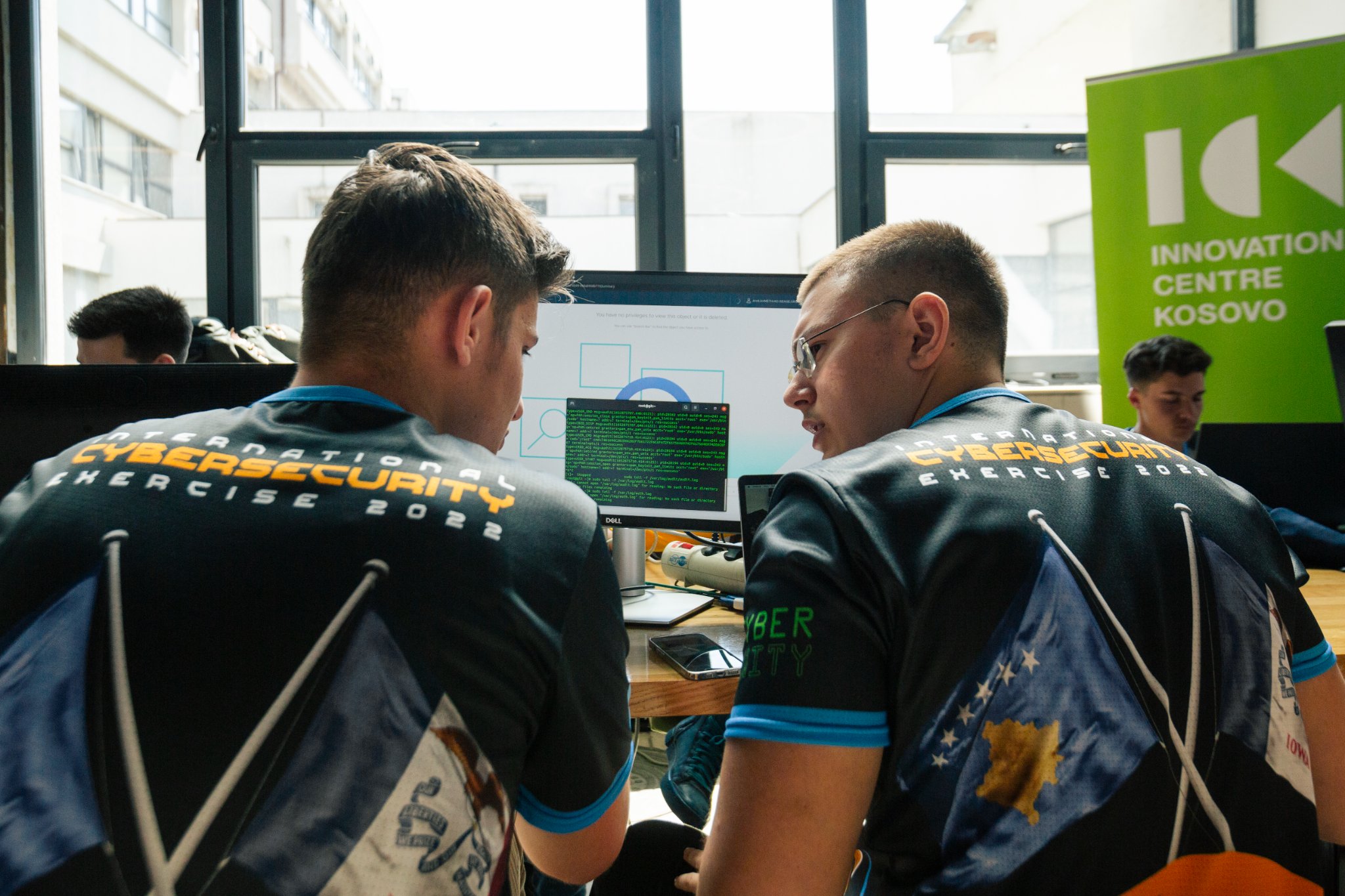 The 1st joint Cyber Security event between Kosovo and the State of Iowa, took place in Prishtina. The International Exercise was organized in partnership with the Iowa State University, the Iowa National Guard, Kosovo Security Forces, University of Prishtina and many other partners.

Kosovo organized its first International Cyber Security Exercise, and we were there to co-host it

The computers were all set, and the teams ready. The red one, located in IWOA in the United States, prepared to attack the national tax system of the Blue team, located in Pristina and which had only one task – to do everything possible to protect the national system and ensure security for costumes and investors. 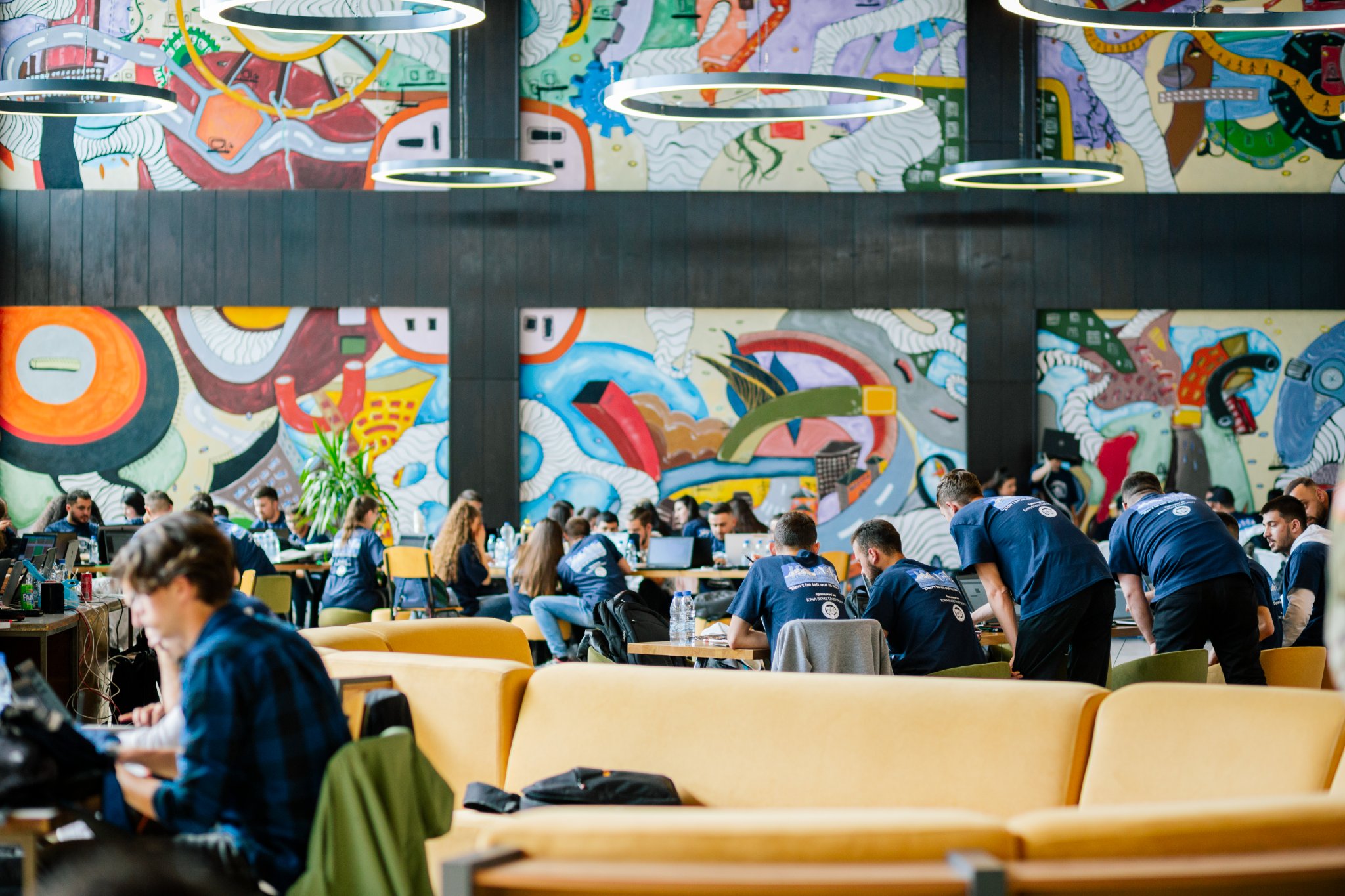 This simulation, was part the main exercise of the International Cybersecurity Competition which was organized from the University State of IOWA and in close partnership between the National Guard of IOWA and the Kosovo’s Security Forces (KSF). The competition was held on May 18th, and teams from Pristina participated for the first time as part of the Blue Team – the protectors. The Kosovo Innovation Centre was invited to co-host this event and participate with its members, alongside with the Faculty of Electrical and Computer Engineering at the University of Pristina. Young students from the University and soldiers from the Communication and Technology Unit of KSF, partnered up as part of the Blue team, and confronted together for the first time a cyber-attack. 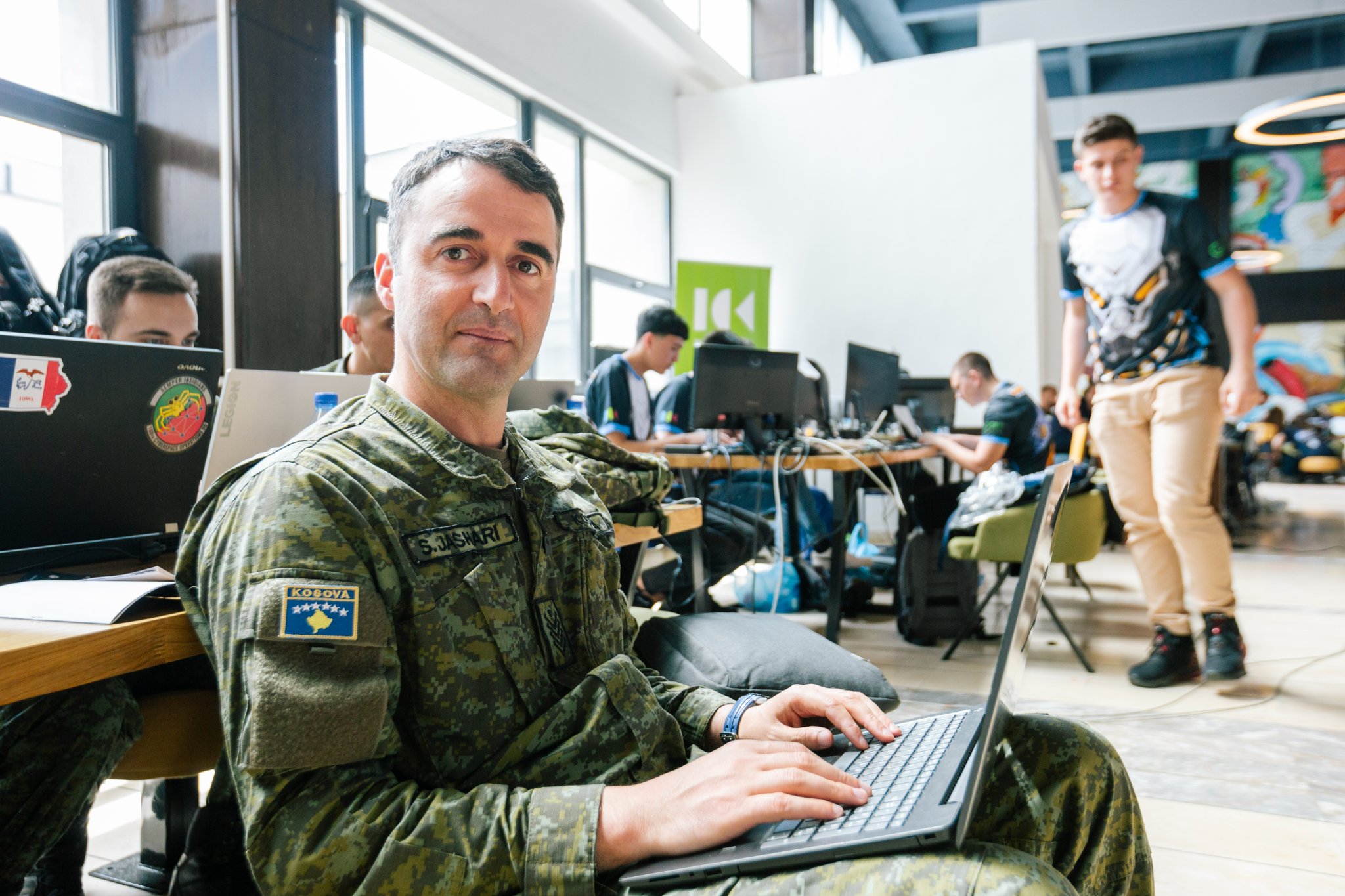 Blerim Rexha is a professor at the Faculty of Electrical and Computer Engineering at the University of Pristina, and his role was to select and train the students to participate in the competition.
“With everything happening around the World, recently with the war in Ukraine, we are witnessing that we’re living in an area where wars begin with cyber-attacks. The aim of this competition’s is to demonstrate how national digital resources can be in danger and how important is to secure them”, the professor explains.
“When we speak about digital resources, we mean the bank system, we mean the health system, students data, etc., All very crucial for the normal function of a country”, professor Rexha explains further.
12 teams participated from Kosovo during this exercise, as part of the Blue Team, including the students team from the University of Pristina, the AAB and UBT College, Universum College, PBC and Cactus Academy and a team from the Communication and Technology UNIT of KSF.

The competition was organized and initiated by the Center for Cybersecurity, Innovation and Outreach of the IOWA State University, and facilitated through the longstanding partnership between IOWA with Kosovo. A partnership which started in 2011 and developed further in the field of Cybersecurity in 2014.
Officer Chad MacDonnell from the IOWA National Guard, told us that his unit usually organizes up to three events annually in Kosovo and in close partnership with KSF. The Cybersecurity Competition is one of them. 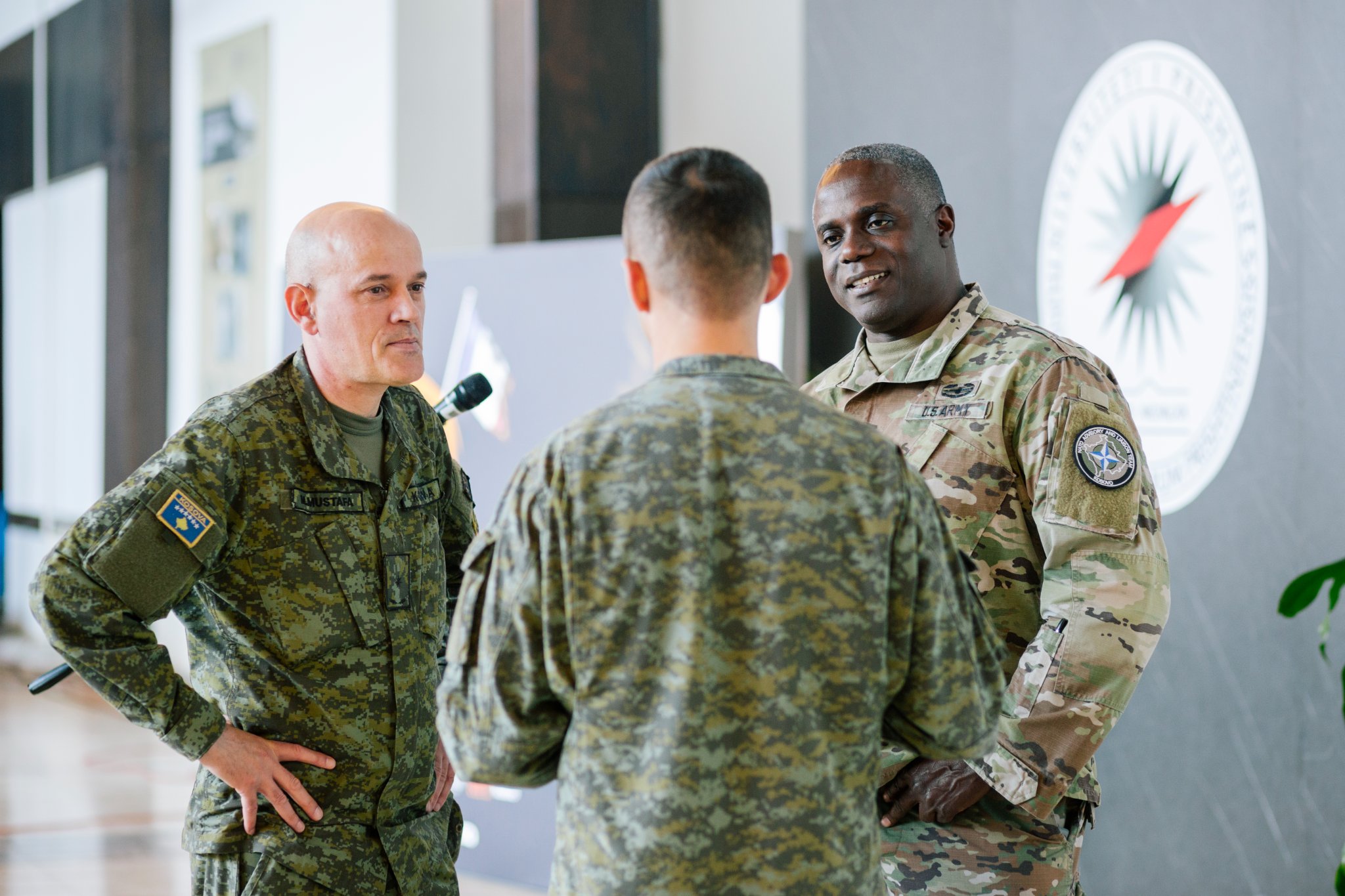 “Cybersecurity is very important. It is, you know, a different type of war when it comes to our line of work and it is something that crosses many boundaries, it’s not complied to certain areas therefore a partnership between militaries and countries and military and academia is crucial because if something happens it is going to take everyone’s support”, officer McDonnell explains. Adding further that he is amazed with the motivation that the young participants at the competition have demonstrated.

“Just the numbers of teams here, and the motivation shows how much students and young members are interested in cybersecurity… I was very surprised by the turnout and the number of women you guys have, it is surprising. Back in the US, especially in the military, it’s hard to get women interested in cyber, it’s not something that we see as cool, but here half of the members out there are females and I think this is great”, McDonell stated. 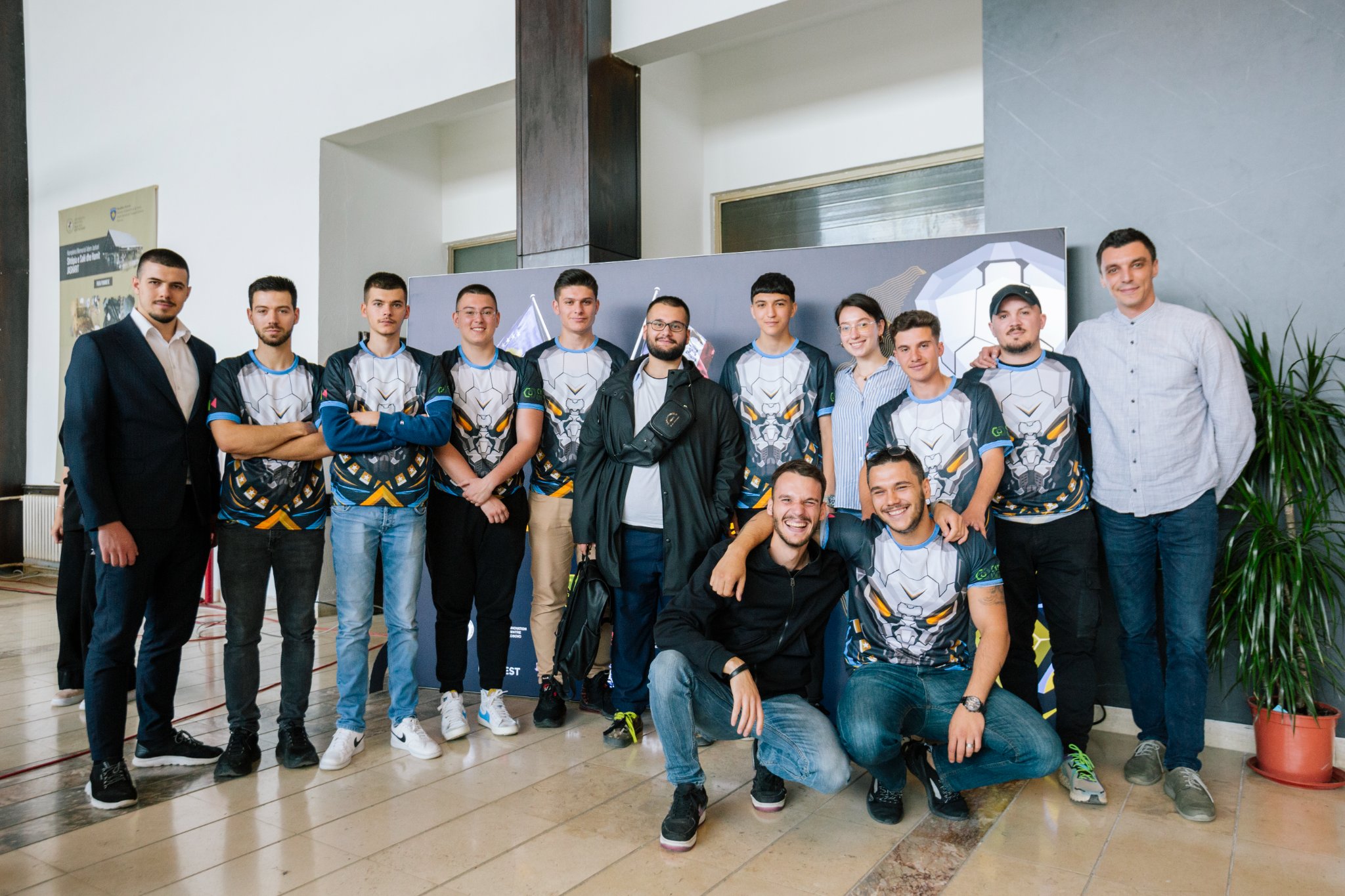 The Iowa State University organizes up to five level of Cybersecurity Competitions. The one held on 18th of May, reaches the International level and is being considered an advanced level of the competitions. The participation of KSF units in this exercise was very important, considering that Cybersecurity is a new field of investment for Kosovo’s forces.
Lieutenant Arlind Osmani from the Communication Unit of KSF, explains that in 2018 KSF established its own Cybersecurity unit. IOWA is supporting this unit, as many others based on the State Partnership Program of the US with Western Balkans Countries.

“In behalf of this partnership we organized this competition and invited to join us as co-hosts other organizations like the Public University and ICK, in order to expand our partnership in cybersecurity”, Osmani explained, adding that it was important to involve organizations like ICK and the Academia because of their experience and competency in the field of ICT in Kosovo. Until next event, happy hacking!