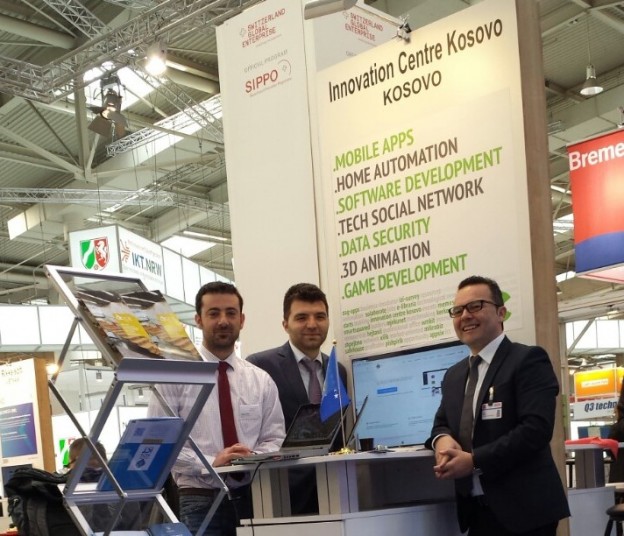 A delegation from Innovation Centre Kosovo (ICK) headed by Safet Rama manager of the ICK incubator are presenting the centre at CeBIT 2014 - the world’s largest and most international computer expo. Manager Rama was accompanied by Ermal Sadiku from Zag Apps and Mërgim Cahani from iziSurvey.com.

Both of these companies are part of the ICK incubator. The trip of the ICK at CeBIT was made possible through the assitance of Kosovo Association of Information and Communication Technology (STIKK). CeBIT fair is held each year on the Hanover Lower Saxony, Germany the world’s largest fairground, and is considered a barometer of the state of the art in information technology. It is organized by Deutsche Messe AG. Innovation Centre Kosovo (ICK) is a center whose aim is to connect research and development component of scientific field with the business sector, focusing on creating new job opportunities oriented towards the future, based on knowledge and new technology.
Athene Prosjektledelse, Norway and Kosovo Association of Information and Communication Technology (STIKK), Kosovo are the founders of ICK, and Crimson Capital LLC, Kosovo is the main cooperating partner. ICK is funded by The Norwegian Ministry of Foreign Affairs.