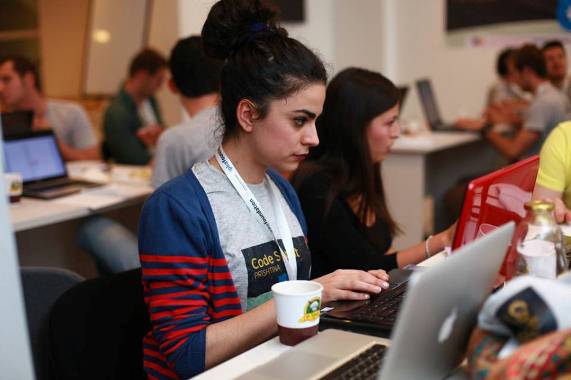 The three best business ideas that were presented at Code Sprint Prishtina during the last weekend will be chosen after one week. Three ideas with the biggest number of votes will be chosen among the 3 best ones and each of the three winners will receive a prize of 5,000 USD.

Coding and designing at ICK

The three best business ideas will be chosen after one week of voting. The same activity was held also in Bosnia-Herzegovina and in Serbia. Community boost_r, is a regional initiative that seeks to promote technology in civic activism while sparking transparency and accountability in the Western Balkans.