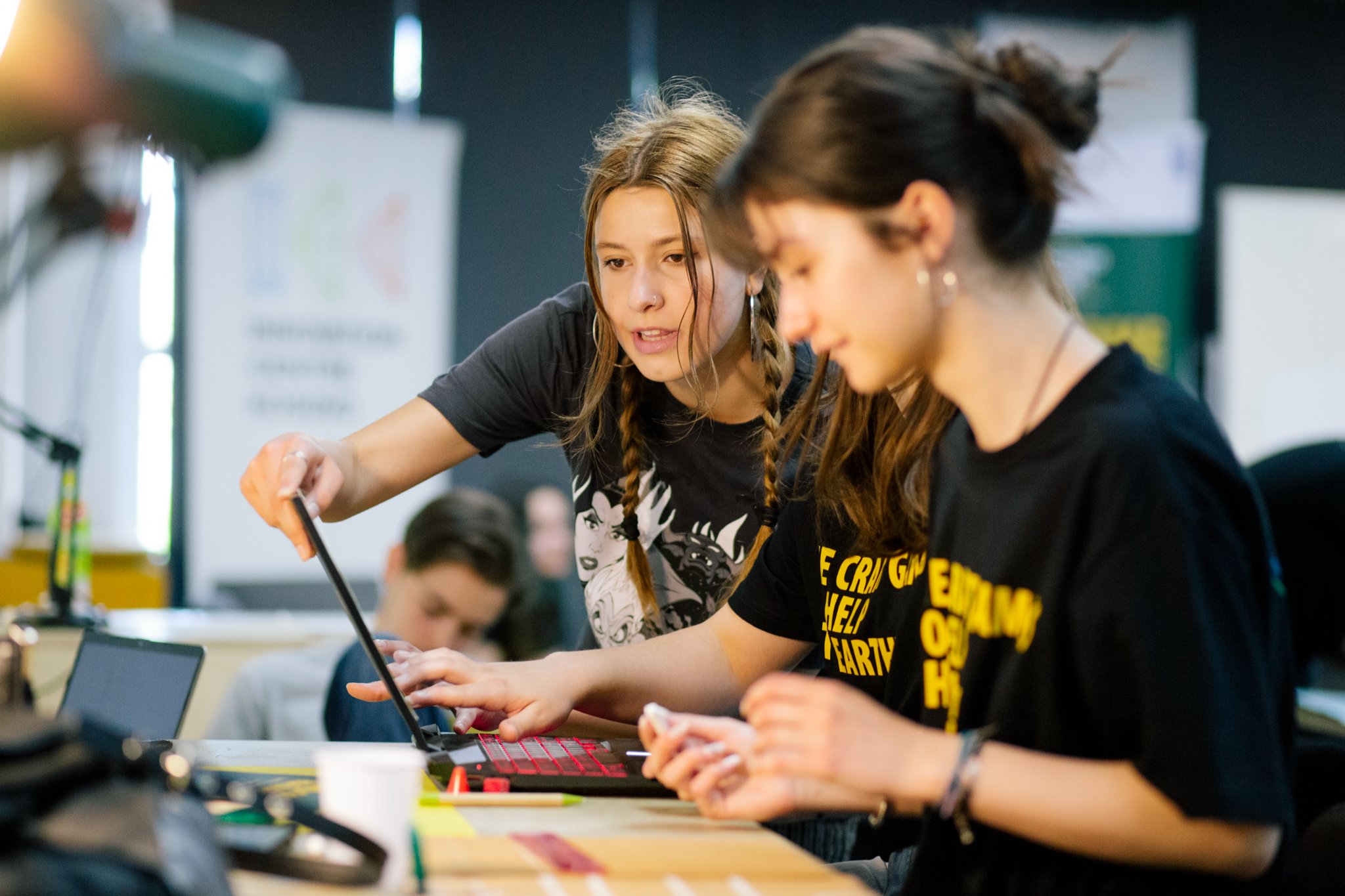 Pristina, May 2022 – Earth Day was celebrated in a very special way last weekend at the Home of Innovation in Pristina. 50 young boys and girls, gathered to participate at the “Board Game Hackathon”, hosted and organized by ICK in partnership with UNDP in Kosovo, with the aim to support young people in designing and creating their own environment themed board games

The winning teams presented their ideas at the GameFest, a gaming festival which was held this weekend in Pristina’s main public square and with participants of all levels, including the Primeminister Albin Kurti, who expressed his joy witnessing young people from Kosovo with their amazing digital skills.

HexaGreen and T-Block are the two teams that won the first two places during the “Board Game Hackathon”, which was held two days in a row.

Both of the teams created their own board games, with different views and reflection on how to better protect our home – the Earth.

HexaGreen team, consisting from Guri Sokoli, Blend Melenica, Qendrim Selmani, Idriz Pelaj and Blert Shabani, built a game in which participating teams compete with each other on tree planting. “Both teams racing, represent environmental activists and they compete on tree planting in a dry land. Our idea was built on a two dimensional map where every territorial unit is represented through a Hexagon – therefore HexaGreen”, says 18 years old Blend Melenica, part of the HexaGreen team. 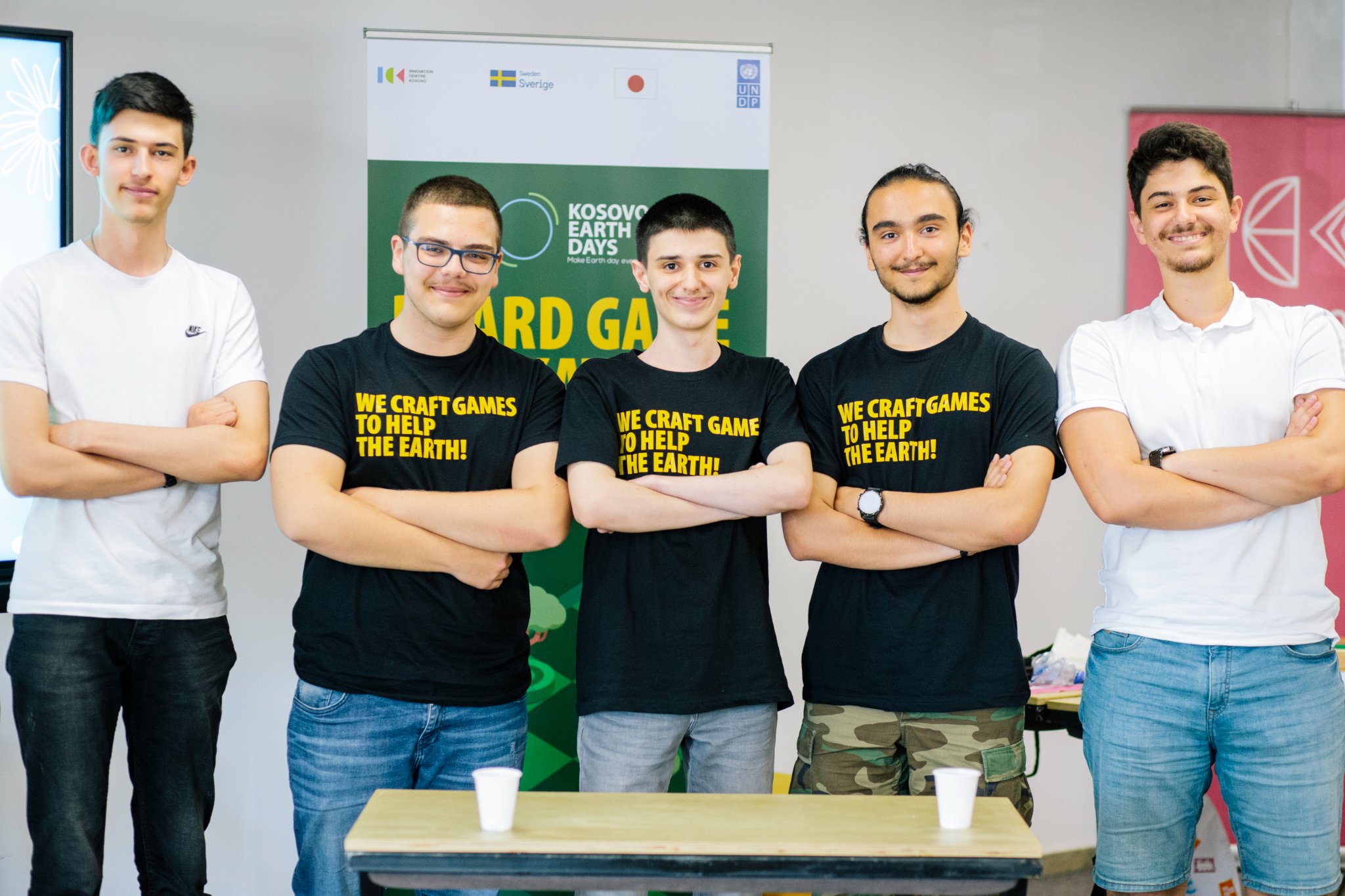 For Blend, participating in the Board Game Hackathon meant more than just a game, he was able to make friends, present his talent and skills and develop new methods, through all the support he and his team mate gained from ICK and the mentors. “It is important to say that what is different in ICK is that, all the tools you need to develop your idea are given by them, including the mentorship from the designing process of the idea until the very end – implementation”, Blend says in a very grateful way.

His words are supported and confirmed by Anda Gashi, 16 years old, who was part of the T- Block team alongside with Anesa Krasniqi, Alisa Bajgora, and Etnik Kelmendi. 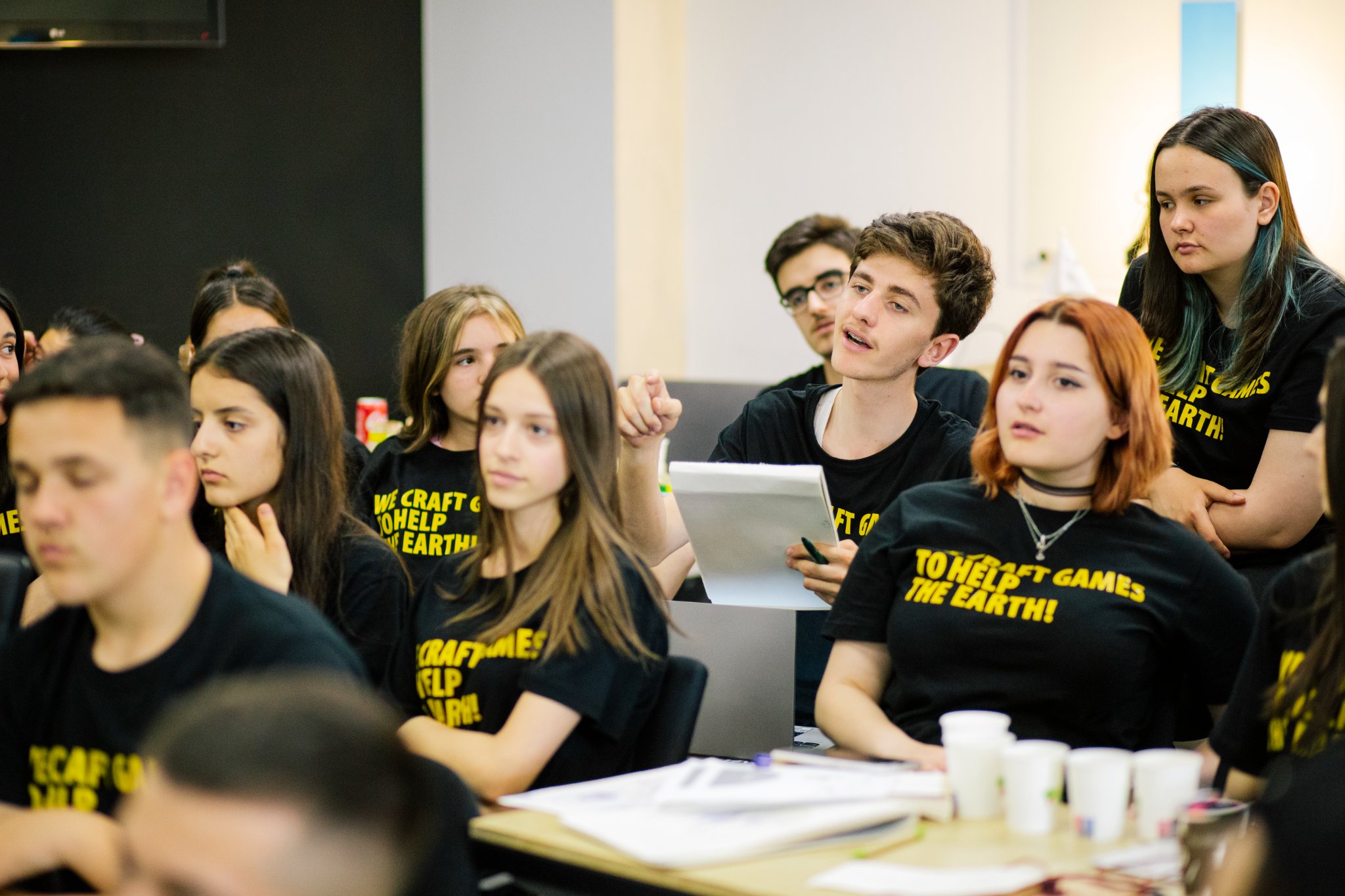 “I was also part of the Junior Geeks training at ICK, and I can say that this are not only trainings for us, we can built, develop, meet other people, learn and have so much fun in the same time”, Anda explains further. The best part of the competition according to her is that the winners could present their ideas at the Gaming Festival, which she values as a great opportunity for young people like herself. 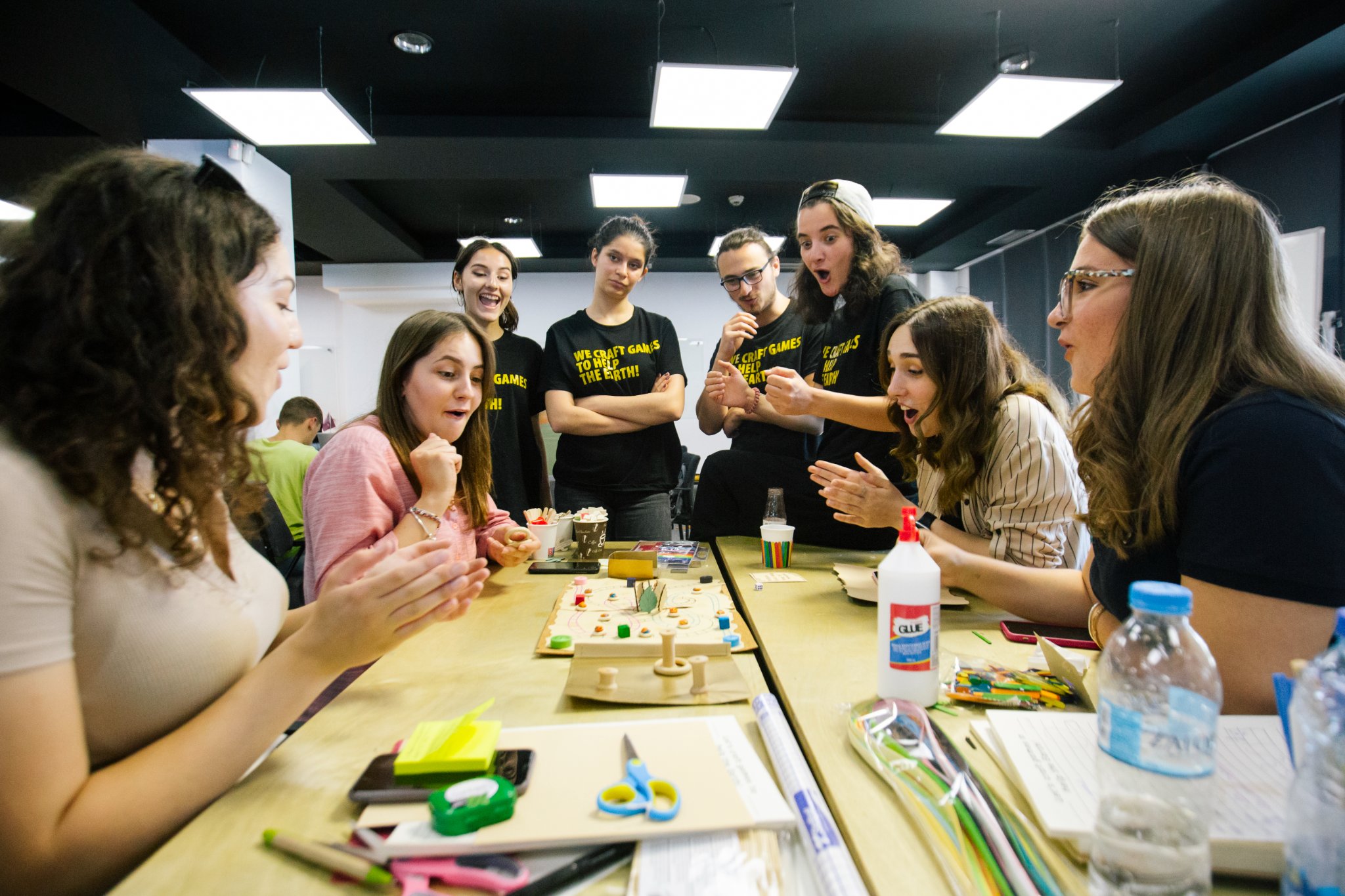 “I believe that being a young person in Kosovo, opportunities like this are limited, therefore I strongly recommend my peers to take this challenge and develop their skills and creativity by participating in trainings and competitions like this one”, Anda says.

All 50 youngsters that participated at the Board game Hackathon, have undergone a two-day process of mentoring, training and evaluation during the competition.

This event was organized in partnership with UNDP in Kosovo, in behalf of the “Earth Day” campaign, and was supported by the Embassy of Japan in Kosovo and the Embassy of Sweden in Pristina. 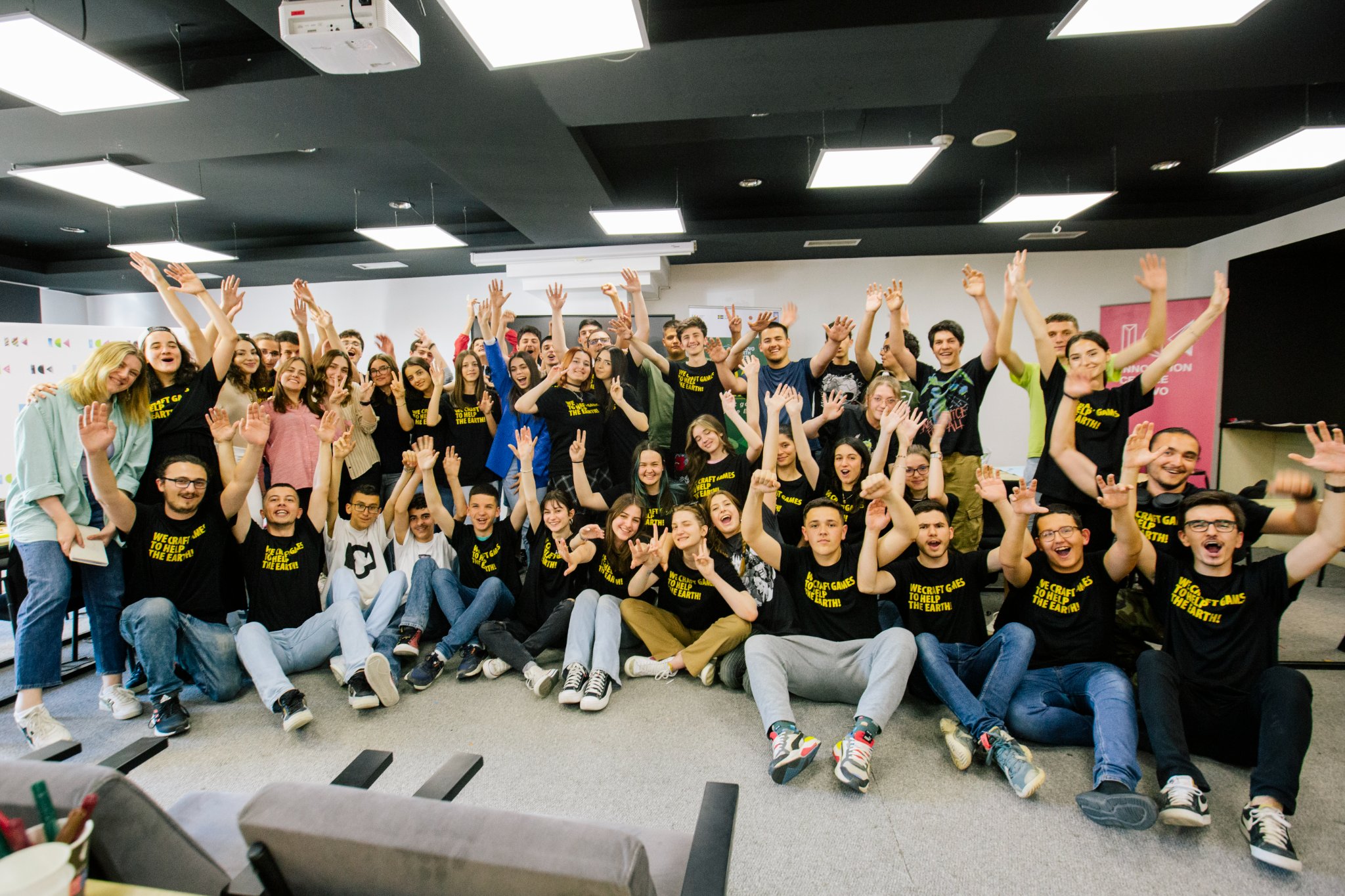