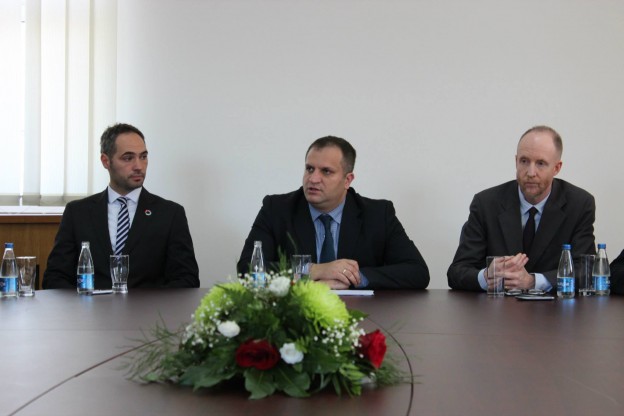 Innovative social challenge “For digital Pristina” was launched on May 7th 2014 at a joint press conference organized by of Innovation Centre Kosovo, Municipality of Prishtina and the United Nations Program for Development (UNDP).

During the joint press conference Shpend Ahmeti the mayor of Pristina said that the municipality in cooperation with ICK and UNDP want to create an innovative competition that will improve services offered to citizens of Pristina.
“The idea was that together with UNDP, because of their experience they have in such projects and together with ICK that already has great experience in developing new projects and support for development of new projects, to cooperate and have a race which would be an ‘app challenge for Prishtina”, said chairman Ahmeti.
Meanwhile Uranik Begu Executive Director of Innovation Centre Kosovo during the conference said that “we talked over, as the chairman said, to organize a challenge, a competition where young people would challenge themselves and introduce innovative ideas to have a product which in this case will be serving the citizens of Prishtina”, said Uranik Beg while adding that ICK aims to have an app competition with mentors and workshops that will be of added value for the community.