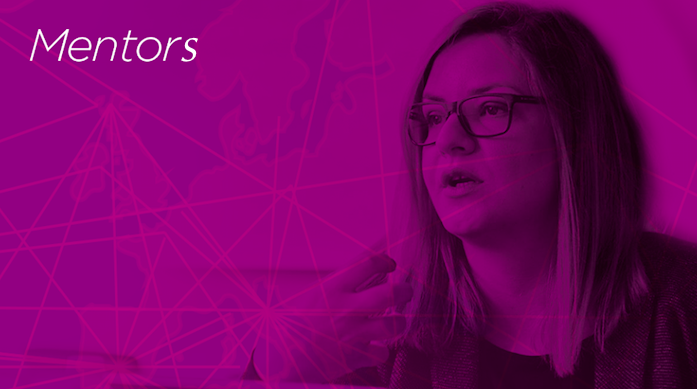 ICK mentors hail from various successful tech companies in Kosovo. Their experience and skills are a great asset to our startups. Time and again their knowledge has helped our entrepreneurs evaluate various decision as they trail forward as business people. 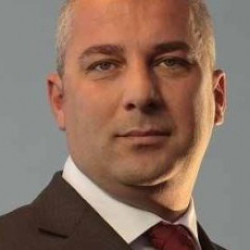 Visar Dobroshi is a Managing Partner in RECURA Financials, a Kosovar company that offers financial services in a Kosovo market.

He graduated in Civil Engineering at University of Prishtina in 1991. Immediately he joined the University as Assistant to lecturers in Water and Sanitation and Hydro-technical subjects, where he worked until 2004. Parallel with the profession of water engineer, he worked in ICT business first as a private entrepreneur and later in Telecommunication companies.

Before joining the IPKO Telecommunications in 2002, he worked as a Project Assistant/IT Manager in ECHO – European Commission Humanitarian Office in Prishtina, responsible for monitoring projects financed by ECHO and implemented by international NGOs, from appraisals, budget analyses until project evaluations.

In 2002, he joined IPKOnet, first as a COO and from 2005 in a position of the Head of Infrastructure.
On 2007, Visar was one of the initiators of the new Association of ICT Companies in Kosovo and was selected the Vice-President of its first Board.
Between March 2010 and March 2011, Visar was the CEO of Primo Albania, a subsidy of Telecom Slovenia Group.

Currently, he is a Board Member of the South East Europe ICT Private Sector Forum, representing ICT sector of Kosovo in the Center for e-Governance Development (CeDG) and since January 2014, a board member of American Chamber of Kosovo. 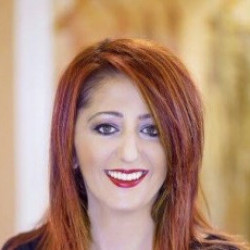 Leonora Kusari joined EBRD in March 2005. She is working as National Programme Manager at EBRD Small Business Support Team, responsible for delivery of SBS activities in Kosovo, including developing annual business plans and leading the local team to achieve them.

Previously, she worked for international companies such as: British American Tobacco, Nestle, Coca-Cola etc. as well as at local projects of international agencies. Leonora is graduated economist in Management and Informatics from University of Prishtina. 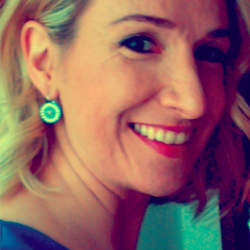 Shenaj is a protocol specialist, etiquette consultant, and freelance trainer and lecturer. She earned her terminal Master of Arts degree from the International School of Protocol and Diplomacy (ISPD) in Brussels in 2014.  Between 1999-2013 Shenaj worked for the United Nations Organization in Kosovo and East Africa as Personal Assistant for several Special Representatives of the UN Secretary-General, and engaged in protocol at highest levels. From 2013 – 2015 Shenaj worked for oil and gas industry supermajor Shell Petroleum as Coordinator for Majnoon Training Centre in the Middle East, and in June 2015 she was appointed the Liaison Officer for Balkans Peninsula at the ISPD. Shenaj continues to coach public figures (mainly politicians and diplomats) in Kosovo about public speaking and presentation; gesticulation; and personal image.

When she is not obsessively analyzing and reading non-verbal signals of media personalities in Kosovo for her research project on body language, Shenaj enjoys passionately spreading joy and happiness through voluntary work by teaching good manners and etiquette to kids, and training vulnerable community members in Kosovo. 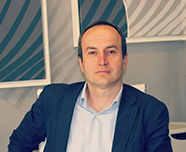 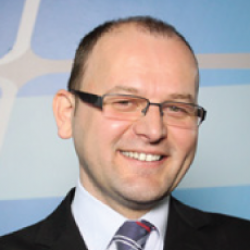 Providing professional Information Technology services, Adaptiv IT was founded by Mentor Sahiti, a professional with more than 15 years experience in the IT sector. With the opportunity to work in an environment and sector with a high level systematic approach to IT solutions, software and systems development, Mentor decided to do a joint partnership with a newly founded company in Kosovo, in which he invested all his experience and professionalism. As a part of the Adaptiv IT strategy, Adaptiv took advantage of exhibiting at the worlds largest ICT fair CeBIT, in Hannover, Germany. During the fair the company had a great number of high quality leads with professional ICT companies from European countries. The participation at CeBIT was a positive experience, as it provided Adaptiv with more information on where the trends and the industry in the targeted markets are heading. Furthermore it confirmed the strategy of the company for being in the right position of providing professional and competitive solutions and services for the targeted markets. 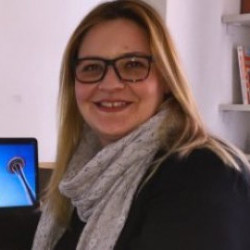 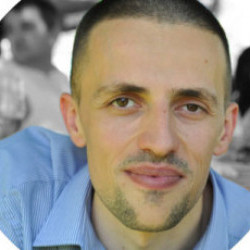 Vigan Budima is the Head of System Integration in Asseco South Eastern Europe. Even though he held several managerial positions in recent years, he has a deep technical background built from his 15 years of professional work, mainly in System Integration. In addition to his technical background, Vigan has strategic development and leadership experience serving as a board member for Asseco SEE in Kosovo and Albania while continuously organizing and supervising operations of the SI Business Unit (defining the BU strategy, developing its product portfolio, planning annual budgeting, execution and control).

Vigan is currently working on earning his MBA in General Management from University of Staffordshire. He is also currently serving as a member of the board of the Kosovo Association of ICT (STIKK). 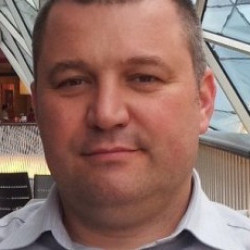 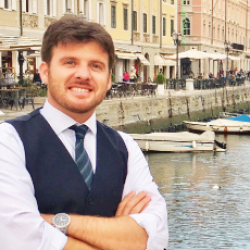 Veli Hoti graduated from the Faculty of Law of the University of Maastricht, the Netherlands, in Advanced Master Studies LL.M. in Intellectual Property Law and Knowledge Management.

Veli is IPR Partner at Shita & Associates, Legal Expert for the European Knowledge and Technology Transfer Society aisbl situated in Brusses and the General Director of the Kosovo Institute of Intellectual Property. Previously Veli has worked at the European Patent Office in Munich, and the Kosovo Industrial Property Agency – MTI.

Veli is also lecturer of the following courses: 1. Intellectual Property Rights at the Law Faculty, bachelor level;
2. International and European Patent Law, master level, at the University College for Business and Technology;
3. International Protection of
Intellectual Property, bachelor level, at the Warsaw University in cooperation with University College for Business and Technology. 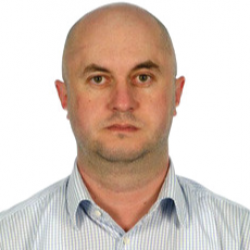 Driton Hapçiu is a Kosovar born cooperative and lifestyle entrepreneur. Lives in Prishtina, is married and has a daughter and a son. Mr. Hapçiu is one of the founding and managing partners of CACTTUS sh.a, one of the largest ICT companies in Kosovo and Albania. He also hold managing director positions of the 4C group holding and HARRISIA llc – Software Testing services provder.

Leo has an interest in next-generation economics and artificial intelligence. He mastered business at IEDC, and has completed studies at Rochester Institute of Technology. 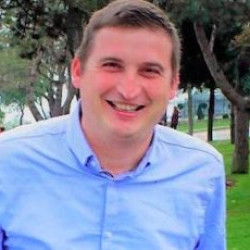 With extended experience in both legal and regulatory environment in Kosovo, Liridon was involved from 2012 when ICK was initiated. He provides pro bono legal advice for ICK “tenants”.

Liridon is currently working as Legal Advisor for Regulatory Reforms within Kosovo Investment Climate project – International Financial Corporation-IFC, the World Bank Group; He is directly involved at improving of the existing commercial law framework to provide a stable, clear, minimally-intrusive legal operating environment for businesses in Kosovo. In daily basis, he works also with Kosovo’s local and central institutions to improve policy coordination and dialogue and policy implementation across different national governmental bodies.

He is also lecturer at the College for Business and Technology – UBT, where he teaches two courses for law students 1. “Internet Law” and 2. “Law and Technology”. 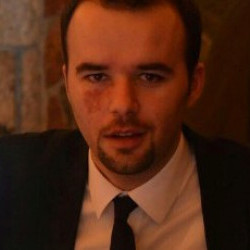 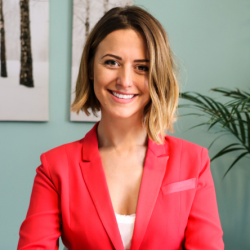 Jeta Zagragja is a technology entrepreneur, a startup mentor, and an education advocate. Jeta brings almost a decade of practical experience in successful startups, financial industry, and non-profit sector in Kosovo and USA. Currently, she’s a co-owner and Chief Operating Officer at UCX Kosovo, a global, innovative, and lean technology company. She’s formerly held positions as the former Chief Business Development Officer at Cacttus JSC and Chief Business Development Officer at Gjirafa.com. With her passion for innovation and demonstrated management skills, Jeta is a natural leader who pushes for workplace development, operational excellency, and business growth. She sets stretch goals and organizes resources to achieve the commercial, operational, and strategic initiatives. She’s a successful networker and relationship manager who leverages contacts to support business and philanthropic initiative and
produces strategic execution plans that align with engagement or client objectives. Understanding that great achievements require team effort, she loves to mentor and empower teams, companies, and individuals develop. Jeta’s education background includes a B.A. in Applied Sciences from the Rochester Institute of Technology, NY, USA and an M.B.A. in Strategic Management from Roosevelt University in Chicago, IL, USA. Jeta is the co-chair of the Board of the Kosovo American Education Fund, a mentor at the Innovation Center of Kosovo, and a mentor at Krypolabs in Abu Dhabi. 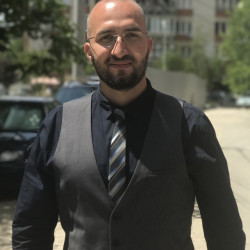 With more than 7 years of work experience and being part of different organizations in various industries, Alim considers himself to be more of Lean StartUP, Design Thinking and Innovation professional, who aims to help people establish their business with low costs and high potential to grow.
With extended experience into startup mentoring and guiding, Alim has gained a lot o knowledge from working with customers and understanding the markets needs.
Alim is a Graduate from University of Prishitna, in Management, and holds internationally recognized certificates for Lean, Project Management and Design Thinking.

Ardian holds a BA in Marketing Management and an MBA from the South Eastern European University in Northern Macedonia. 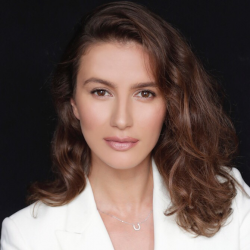 Fjolla Bakalli is the Director of Strategic Partnerships at LimeSpot, a Vancouver/San Francisco based AI conversion and personalization platform for online retailers. She has a real passion for technology and specifically in helping tech start-ups grow and scale. Most recently she was part of the leadership team of a high growth tech start-up in London, UK, where she joined as employee number five. Fjolla was responsible for setting up one of the highest ROI functions company-wide, partnerships across e-commerce platforms (e.g. Shopify), technology product integrations and strategic channels/alliances in EMEA, North America, and APAC.

Fjolla holds a BS from RIT and an MBA in International Business from Middlebury College in California. 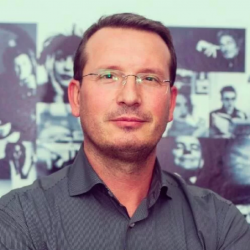 Ekrem is serial Enterpreneur with experience in different areas. He has founded
several companies such as: PR Solutions, Modus Events, Pizza Crust, Premium
Construction etc.
Ekrem has more then 20 years of experience in the field of Public Relations,
Marketing and Event Organizing, from which 9 in Public Sector and 12 in private
Sector.
He has worked closely with BBR Saatchi & Saatchi in the nation branding
campaign for Kosovo called “Kosovo the Young Europeans, where he was a Team
leader. M&M Awards declared this campaign the best in the world in 2010.
Ekrem holds University degree in international Literature from Prishtina
University.
He has conducted postgraduate studies in Communications & Journalism at
KIJAC and has followed one-year program in Management and Leadership at the
Institute of American University in Kosovo.
In 2020 he is completing his dissertation (MBA) on Strategic Management of
Online Businesses in SEEU in North Macedonia.
Recently Ekrem and his Company PR Solutions are condacting trainings on
Digital PR/Marketing and Busines Skills. 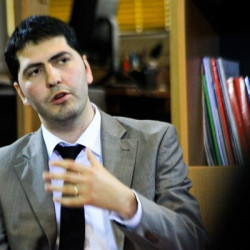 Kujtim Kerveshi is an experienced attorney. He leads Kerveshi & Partners Law Firm team of experienced attorneys in Pristina, Kosovo. The firm is devoted to providing excellence and expertise in legal services to international and local businesses. The firm offers a wide range of legal services such as commercial/civil law, administrative/regulatory and white-collar crime cases. Kerveshi and Partners are also part of distinctive teams of attorneys and networks in the world. The firm advises and litigate at all levels of courts and public agencies in Kosovo including international arbitration. Presently, the firm is working on some of the biggest commercial arbitration cases as well as working with some of the leading IT firms in Kosovo and abroad. 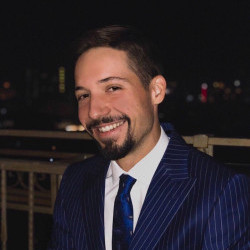 Engjell within his experience and competencies provides development and legal security in the firms, prevents and eliminates potential risks of firms, he solves dilemmas and complicated problems inside and outside firms, he provides stability, order, efficiency in firms and professional represantation. Engjell owns two licenses from Giz and the Ministry of Education and Technology, such as: a Licensed job based instructor and a Certified Assessor in Vocational Education and Professional Training. Engjell is also proficient at playing piano and guitar as a hobby. 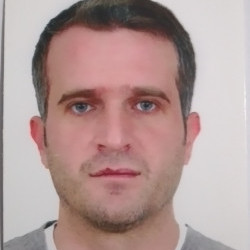 Do your currently run a successful company? Have you run a startup of your own? Do you feel you can help up and coming young entrepreneurs with the lessons you have learned along the way?

If you feel like you can become a great asset to ICK startups, write us with your interest to become a mentor at [email protected] and we will contact you shortly.