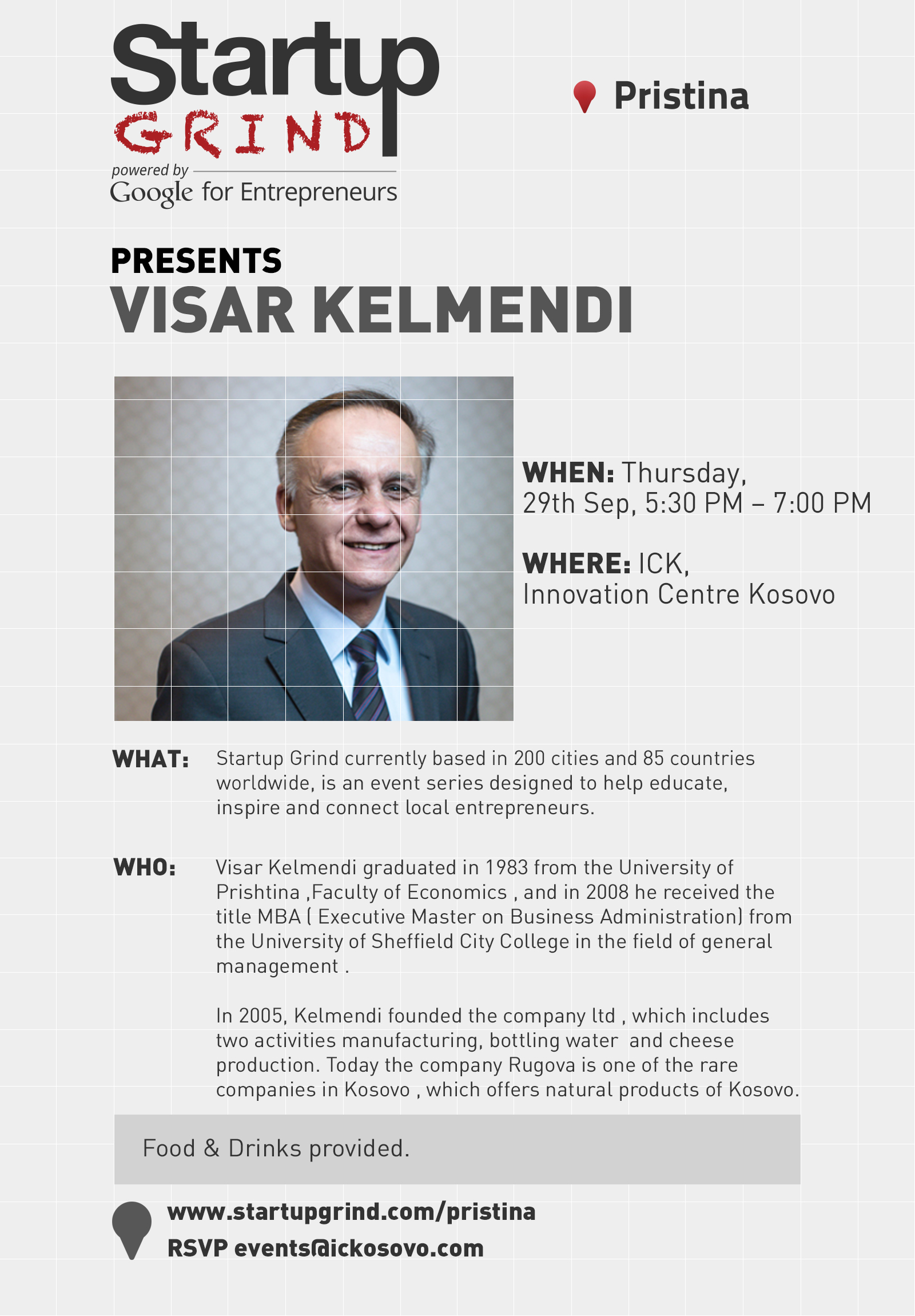 The cornerstone of our global community are monthly events featuring successful local founders, innovators, educators and investors who share lessons learned on the road to building great companies. Founded in Silicon Valley, Startup Grind has now hosted 2,000 fireside chats since its founding in 2010. To date, Startup Grind has helped millions of entrepreneurs find mentorship, connect to partners and hires, pursue funding, and reach new users.

Visar Kelmendi graduated in 1983 from the University of Prishtina, Faculty of Economics, and in 2008 he received the title MBA (Executive Master on Business Administration) from the University of Sheffield City College in the field of general management. Mr. Kelmendi began his professional career in 1984 in the company “Electro - economy” of Kosovo, as Head of the accounting division of production energy.

In 2005, Rugove founded the company ltd, which includes two activities manufacturing, bottling water and cheese production. Today the company Rugove is one of the rare companies in Kosovo, which offers natural products of Kosovo.