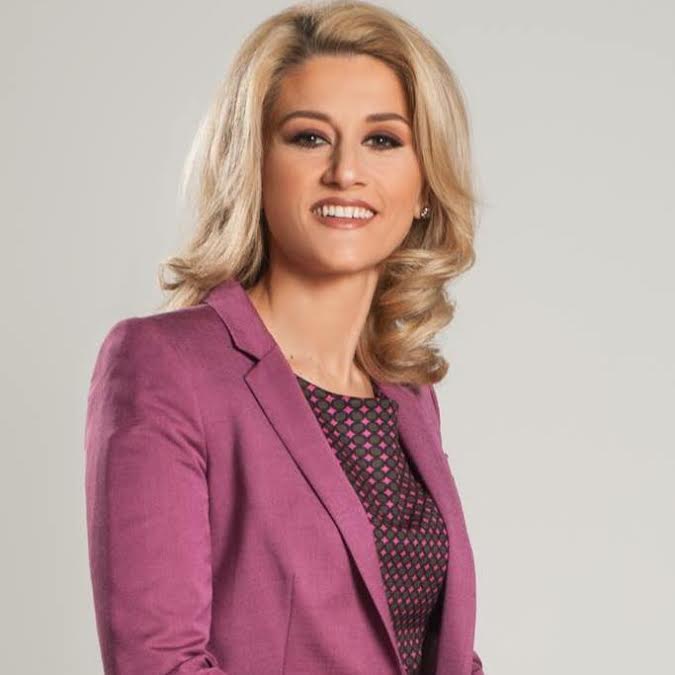 Mimoza Kusari-Lila holds a Master of Business Administration from Duquesne University, Pittsburgh, PA USA. She was a recipient of a “Ron Brown” scholarship in 1999 from the Department of State for the completion of graduate studies.

Mimoza Kusari-Lila became part of public service in 2003 when she has been offered the position of spokeswomen and Adviser to Prime Minister of Kosovo, Bajram Rexhepi.

Mimoza Kusari-Lila served as executive director of the American Chamber of Commerce in Kosovo (AmCham), from 2006 to 2009.

Mimoza Kusari-Lila became active member of Kosovo politics in the elections of 2009, running for the major of Gjakova municipality and nearly won.

Ms. Kusari – Lila was nominated and approved as the Deputy Prime Minister for Economy and Minister of Trade and Industry, a position which she held since February 2011 until October 2013.
In December of 2013, Mimoza Kusari-Lila has run for the second time as a candidate for Mayor of Gjakova. She won the elections and became the first and only female mayor in Kosovo. 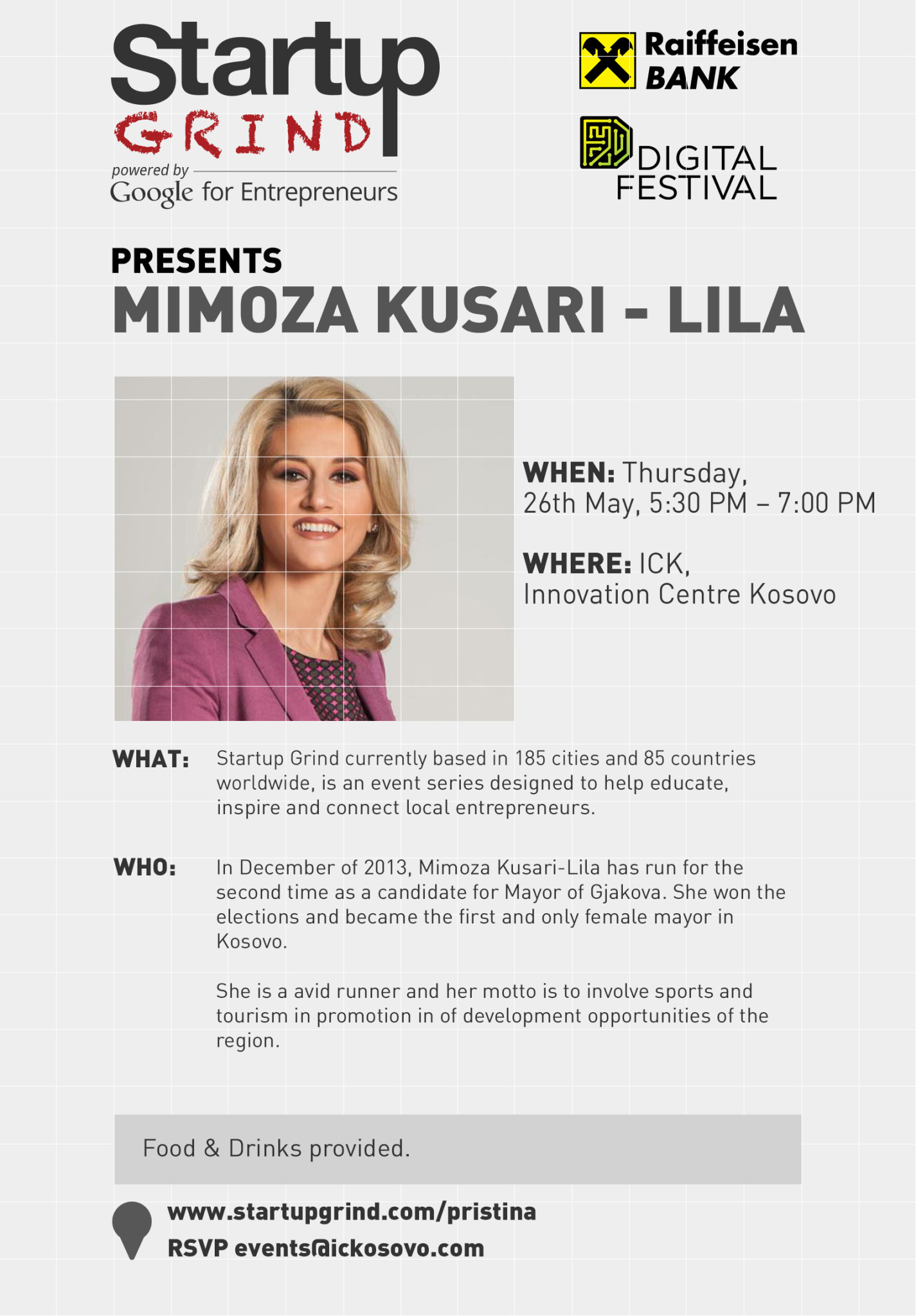 Startup Grind is the largest independent startup community, actively educating, inspiring, and connecting 215,000 founders in over 185 cities. We nurture startup ecosystems in 70 countries through events, media, and partnerships with organizations like Google for Entrepreneurs. The cornerstone of our global community are monthly events featuring successful local founders, innovators, educators and investors who share lessons learned on the road to building great companies. Founded in Silicon Valley, Startup Grind has now hosted 2,000 fireside chats since its founding in 2010. To date, Startup Grind has helped millions of entrepreneurs find mentorship, connect to partners and hires, pursue funding, and reach new users.