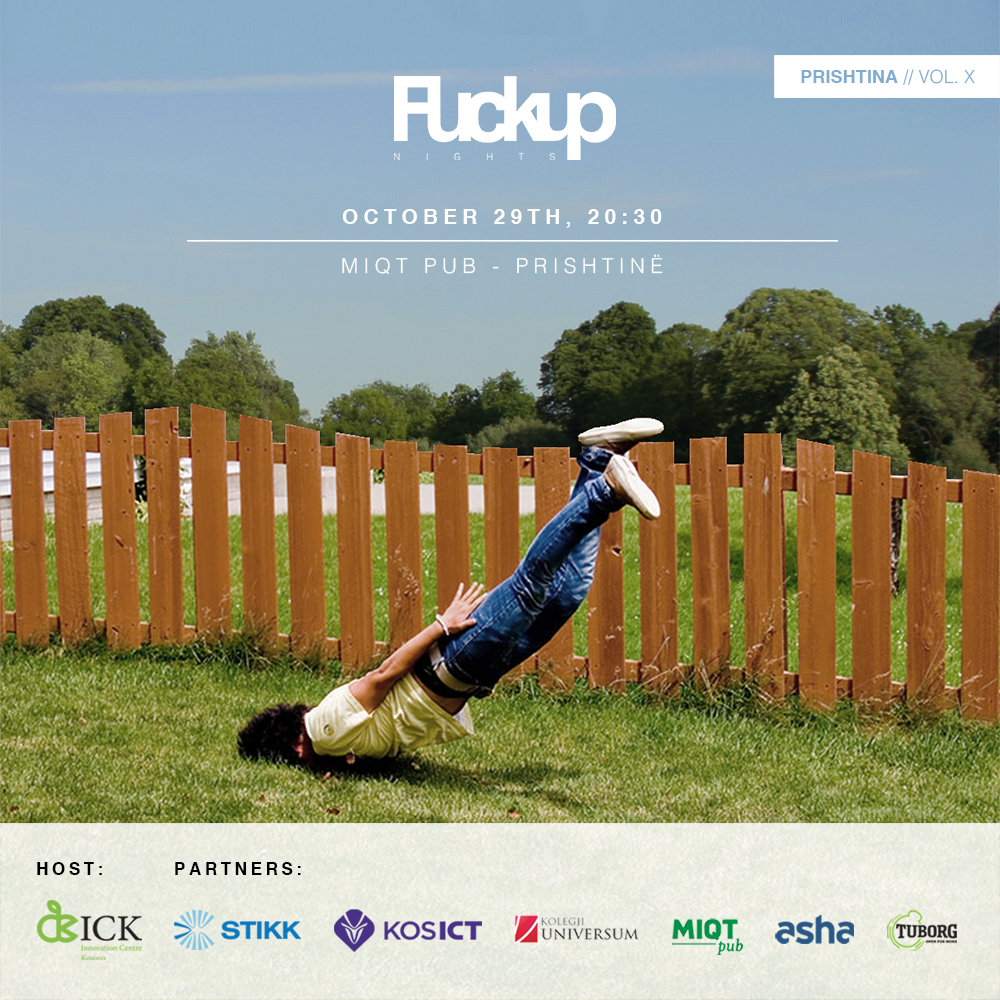 FuckUp Nights is a monthly event series that happens world-wide, where people talk about their biggest professional or business failure in an irrelevant and candid way. At FuckUp Nights stories of failed businesses and projects are told, questioned and celebrated. The first FuckUp Night happened in Mexico City in September 2012. Since then fuckupers are gathered every month across the world to drink beer and listen to three stories about failure. In each FuckUp Night 2 or 3 fuckupreneurs share their stories of failure including:

The speakers can be quite varied: artists, architects, technology, green, social and even a doctor who a few years ago opened a sex shop that went broke. Each of them tells their story in 10 images, each projected for 40 seconds, and at the end of each story the audience asks questions. All accompanied by beers & good friends. WHY WE DO IT?

• Because failure sucks, but instructs.
• Because one can learn more from stories of failure than from stories of success.
• Because the majority of professionals don’t create the “project of the year” in their first attempt.
• Because people feel the need to break free from the stigmas surrounding “failure”
• We deeply believe in communicating failure as a positive step everyone must overcome on the road to success.

This is what we have set about to change in Kosovo.

Our 10th Chapter will be organized as part of #KosICT16, on October 29 (Starturday), starting from 8.30pm at Miqt Pub in Pristina, Kosovo.